The head of states of the regional bloc, Economic Community of the West African States, have welcomed the establishment of the Truth, Reconciliation and Reparation Commission to deal with crimes committed under the rule of Yahya Jammeh.
But the regional body also warned that The Gambia must ensure that the rights of people reportedly involved in past crimes are protected.

A communiqué issued at the end of the 52nd ordinary session in Nigeria said the conduct of the government should be in compliance with international standards.
Ecowas further said it welcomes the crucial role played by the ECOMIG in stabilising the security of the country. It instructs the President of the Commission to take all necessary measures for the effective implementation of the decisions of the 51st Ordinary Session held on 4 June 2017 in Monrovia, Liberia, with regard to the force’s mandate and capacity building.

The head of states also called for the International Community to support, in a coordinated manner, the efforts by the Gambian Government to ensure the economic recovery and stability of the country.
They instructed the Commission to work in collaboration with the United Nations and the African Union to set up and operationalise an International Contact Group on The Gambia, with the aim of monitoring the situation and coordinating partners’ support for the country.

Meanwhile, in conformity with the decision taken at the 48thOrdinary Session of Authority of Heads of State and Government which took place in Abuja on 16 and 17 December 2015, Authority confirmed the tenures of office of current statutory appointees which ends on 28 February 2018.
To that end, Authority allocates the position of President of the ECOWAS Commission to the Republic of Cote d’Ivoire and approved the appointment of Mr. Jean Claude Brou as President of the ECOWAS Commission for a four-year term with effect from 1st March 2018.
Ecowas also expressed profound indignation at the inhuman treatment of African migrants and refugees in Libya as reported in the media.

It condemns in very strong terms the modern day slavery and is committed to working with partner international organisations to rapidly put an end to these barbaric activities.
Meanwhile, the Authority also expressed satisfaction at the favourable economic growth prospects of the region, with real GDP growth rate projected at 2.1% in 2017 compared to 3.1% in 2018, against 0.2% in 2016, due largely to the expected recovery in the prices of major exports by ECOWAS Member States, as well as improved security in oil producing regions. 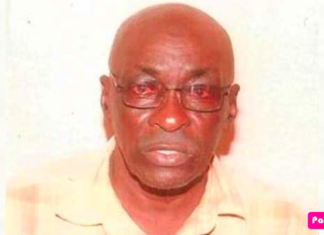