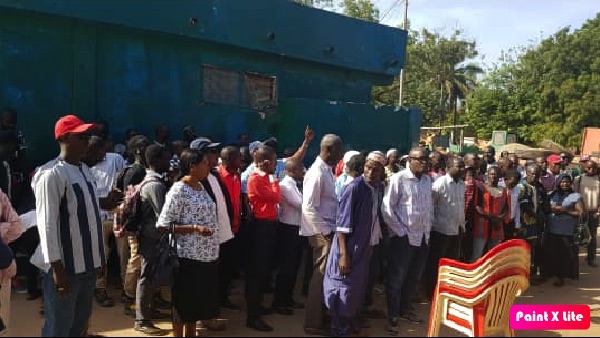 Redundant staff of the defunct Banjul Breweries Limited are calling on the government to consider extending them financial relief even if it means refunding them some of the taxes they have been paying, as strange as that may look.

The company was shut down last year when its shareholders decided that a hike in its tax obligations is unsustainable.

Speaking at a press conference at Abuko Skills Centre Sunday, Baila Danso, head of the group, said: “The reason we gathered here today is to appeal to the Government to at least return the tax we have been paying as a way of supporting us. Government should look into our plight because since the company was closed down until now, we have had no source of income. We notice that since the outbreak of Covid-19, the Government has extended support to many people and we think our situation too deserves intervention by the government.”

Ebrima Bojang, Secretary General of former Banjul Breweries Staff Union, said there were 143 permanent staff and 50 casual staff directly at the Banjul Breweries Limited in addition to over 500 others working with the wholesalers directly.

“We understand that there have been Covid-19 funds given by the government to help people and some businesses. So the staff of Banjul Breweries think that the government should also consider and help us,” he said.

Another former staff, Lamin Conteh said the government should consider them too even if it means refunding them some of the taxes they have been paying before closure since they have no other means of survival.