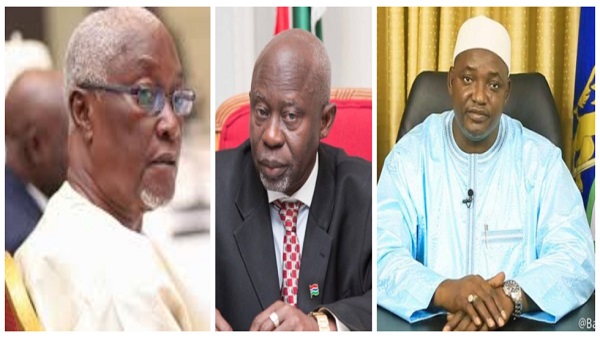 When we went to the polls in December 2016, there was a lot of hope and excitement. Thus, when in January 2017 we swore in Mr Adama Barrow as the new president, the exhilaration was at its uttermost. Everyone thought that we had turned a new leaf and that there will be peace and progress in paradise. We thought that ‘The Smiling Coast’ will smile again; that the tears were gone forever.

The original promise of the Coalition government was to introduce wide ranging reforms which would turn the tide and prepare a level playing field for proper elections to be held. This would ensure that we have all the democratic institutions in place so that no one individual or group will hijack power and self-perpetuate ever again.
In order to do all that though, there are certain key things which have to be done first. One of them – in fact, the most important – was the reviewing of the 1997 constitution so as to come up to with one which is in line with modern democratic norms.

Well, on this front, work has begun as the Constitutional Review Commission has been set up and has started work in earnest. The question is: how long will it take? What is it that we expect in the new constitution? And will there be a referendum? If the answer to the last question is yes, then it raises other questions.

For instance, it is clear that since 2016 to date, hundreds if not thousands of young Gambians have reached voting age and have to be registered. How long will it take to register all the voters for a referendum first, and then presidential and national assembly elections? Do we have enough time for all the work we are supposed to do?
In relation to the issue of voter registration, which is time consuming, we have to think about the issuance of Identity Cards which is currently going on at a snail’s pace, if not slower considering that in the whole country there are only two depots from which people can obtain it.

Will the new ID card be the requirement to get a voter’s card? If yes, registration of voters cannot happen until the issuance of ID cards is completed. If it will not be, then what will be – I mean the passport to getting a voter’s card? Another question is who will we contract to prepare the voter’s cards?
Another question which should be raised here is the issue of the constituencies. Are we going to maintain the current demarcations or will we map out new ones. Certainly, the constituencies as they are at the moment leave a lot to be desired. That needs to be looked into as well.

The Independent Electoral Commission some time ago spoke about changing the voting system from marbles to papers ballots. It is quite clear that this needs massive sensitization as most of our people are not educated and may find it a little too complex for their understanding. Thus, the IEC has to embark on a sensitization campaign to enlighten the masses on how to go about that. Have they started that? Not to my knowledge. So, we cannot sit till a month or so before election and then start telling the people that they are not using marbles but paper.

While therefore our political leadership is embroiled in a debate of three or five years; and the breakneck power struggle, the years are quietly but quickly passing by. By the time we realize it, it is already 2021 and we are nowhere near prepared for the all-important elections.
There is a lot of work ahead of us! So, forget three years; is five enough?

- Advertisement -
Share
Facebook
Twitter
Pinterest
WhatsApp
Previous articleVenezuela, Algeria and the Sudan – the modern coup method
Next articleIMF COUNTRY FOCUS -The Gambia: 2017 Article IV Consultation and First Review Under and Extension of the Staff-Monitored Program with The Gambia-Press Release; Staff Report; and Statement by the Executive Director for The Gambia.
Join The Conversation