IMF COUNTRY FOCUS -The Gambia: 2017 Article IV Consultation and First Review Under and Extension of the Staff-Monitored Program with The Gambia-Press Release; Staff Report; and Statement by the Executive Director for The Gambia. 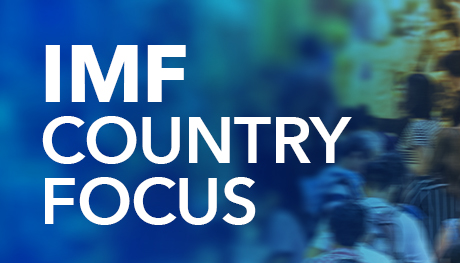 Summary:
Following the historical transition to a democratically elected government in January 2017, the new administration has had to contend with a dire economic situation with unsustainable debt, failing SOEs, and crowding out of the private sector. Moreover, the economy was hit by economic shocks in 2016/17 (agriculture, tourism, trade). The new administration is strongly committed to breaking with past policies and to restoring economic stability and debt sustainability. Substantial financial support has been provided by development partners, including budget support of $56 million from the World Bank and €25 million from the EU. The Fund has supported the authorities through a $16.2 million RCF disbursement accompanied by a one-year staff-monitored program (SMP), performance under which is included in the report for information of the Executive Board. The new administration is now well established and an economic recovery is underway, bolstered by improved market confidence, favorable rains, a much-improved foreign exchange supply, and resurgent trade and tourism. The authorities are requesting an extension of the SMP approved in June 2017 by six months through September 2018. Staff supports the request, which would provide more time to establish a track record of performance for the transition to an ECF arrangement to which the authorities aspire, including because the outcome of the donor conference delayed to May 2018 will be an important input to the design of an ECF.
Series: Country Report No. 18/99
*** All quoted figures are as per the 11th. April, 2019

REGIONAL MARKETS
Ndungu Kebbeh ‘Lumo’ and ‘Daral’
This week the lumo at of Ndungu Kebbeh which is situated in Lower Nuimi District in NBR is a regional centre of commerce for people of the North Bank and the Gambia as a whole. Business was as usual, a bit slow as trade season finances begin to ebb! However, the money traffic within the ‘Darral’ section of the ‘lumo’ is much higher as the demand for meat and beef in the area is always very high. This is the time of the year when ‘Gamos’, weddings and other social gatherings and rites are performed. The dealing and trading in cattle, goat, sheep and chicken is very high. Prices of meat and bone and also steak are D25.00 cheaper in all categories compared to the Greater Banjul Areas, notably Abuko. There is good money changing hands within the ‘darral’ which runs into hundreds of thousand Gambian Dalasi on each ‘lumo’ day. The cost of livestock is always cheaper here that in the ‘Kombos’ and Greater Banjul Areas.

INETRNATIONAL FINANCIAL MARKETS
IMF Encourages Tackling Corruption to Promote Growth
The International Monetary Fund is recommending countries undertake a series of reforms, including tackling corruption, in order to promote not only higher economic growth, but also growth that is more inclusive of various parts of the population. In a report released Wednesday, the IMF cites the challenges economies face from shifting demographics, the rapid changes in technology and an increasing amount of integration among economies around the world. It says many countries with advanced or emerging economies are having to contend with stresses of aging populations on health care and public pension systems, while in many developing nations the issues that must be confronted are job creation and infrastructure upgrades for rapidly urbanizing populations. Battling corruption is one area in which the IMF sees potential for international cooperation to make a difference, along with climate change and taxing multinational companies. The report calls for governments to combat instances of national companies bribing officials in other countries, to be aggressive in anti-money laundering efforts, and to reduce the number of ways individuals or companies can use opaque methods to hide the gains of their corruption.

It particularly cites the need to increase transparency in sectors such as oil and mining, where companies often operate abroad. On the more local scale, the IMF highlights the dangers of corruption to the economy. Among them are allowing some people to evade taxes while others pay higher amounts, governments losing revenue they need for spending on public projects, undermining the quality of infrastructure projects driven by bribes or nepotism, and eroding people’s trust in a way that can lead to social or political instability. “Corrupt activities can lead to leakages of public money. Governments will collect less tax revenues and pay too much for goods and services or for investment projects. But the cost of corruption is larger than the sum of the lost money: distortions in spending priorities undermine the ability of the state to promote sustainable and inclusive growth.” The report says that among countries with similar income levels, those that take steps to stamp out corruption see a boost in revenue, with the least corrupt governments collecting 4 percent more of their Gross Domestic Product in taxes. It points to the example of Georgia, which in 2003 enacted reforms and saw a 13 percentage point jump in tax revenue relative to GDP. Addressing corruption, according to the IMF, is dependent on the political will to make the necessary changes, including those that involve developing solid public institutions and promoting accountability. The report recommends developing strong, professional civil service sectors with hiring based on merit and leaders playing a vital role in setting examples of clean governance. It says governments should value transparency and invite independent, external scrutiny to their operations, while focusing on areas such as infrastructure, natural resources and public procurement that are the most often involved in corruption.

ENTREPRENEUR QUOTES OF THE WEEK
When it comes to the world of investing, three words come to mind: overwhelming, intimidating, and scary. For us “regular Joes,” the questions seem never-ending. On that note, let’s revisit what experts have said over the years on the topic of investing. The quotes date back to Ben Franklin, and some are from modern pundits like Dave Ramsey and Warren Buffett. Though markets may change, good investing advice is timeless.

“An investment in knowledge pays the best interest.” – Benjamin Franklin
When it comes to investing, nothing will pay off more than educating yourself. Do the necessary research, study and analysis before making any investment decisions.

“Bottoms in the investment world don’t end with four-year lows; they end with 10- or 15-year lows.” – Jim Rogers
While 10-15 year lows are not common, they do happen. During these down times, don’t be shy about going against the trend and investing; you could make a fortune by making a bold move – or lose your shirt. Remember quote #1 and invest in an industry you’ve researched thoroughly. Then, be prepared to see your investment sink lower before it turns around and starts to pay off.

“I will tell you how to become rich. Close the doors. Be fearful when others are greedy. Be greedy when others are fearful.” – Warren Buffett
Be prepared to invest in a down market and to “get out” in a soaring market.

“The stock market is filled with individuals who know the price of everything, but the value of nothing.” – Phillip Fisher
Another testament to the fact that investing without an education and research will ultimately lead to regrettable investment decisions. Research is much more than just listening to popular opinion.

IMF Managing Director Christine Lagarde Supports Somalia’s Efforts to Achieve Debt Relief
Ms. Christine Lagarde, Managing Director of the International Monetary Fund (IMF), met with Hassan Ali Khaire, Prime Minister of Somalia on 11th. April 2019 in Washington and issued the following statement: “I was very pleased to meet with Prime Minister Khaire and his economic team at the IMF headquarters. We had a very productive meeting and exchanged views on Somalia’s impressive progress in building institutional capacity and implementing its economic reform program amid a continuing fragile security situation. The prime minister reiterated the government’s strong commitment to the policies under the Staff Monitored Program (SMP), which expires at the end of the month. “Following satisfactory completion of the current SMP, I am optimistic that a follow-up program can be agreed that meets one of the key requirements for Somalia to reach the Decision Point under the Heavily Indebted Poor Countries (HIPC) Initiative. Continued strong performance, together with support from international partners, will pave the way for Somalia to receive debt relief in the near future. In this regard, I assured the prime minister of the IMF’s full support for Somalia’s efforts.”