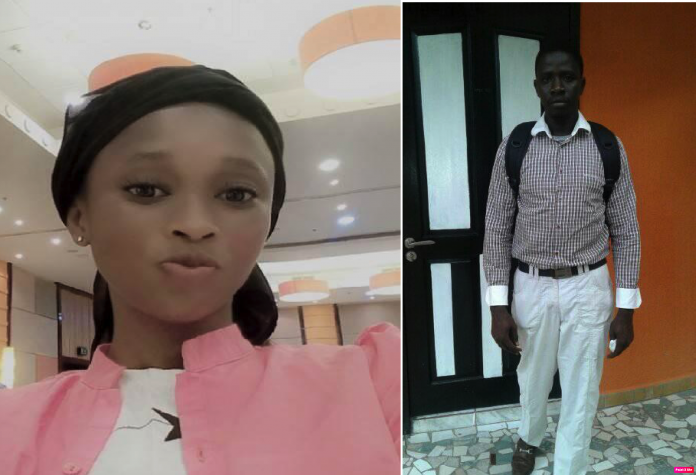 Security officer at Aqua Gambia has assaulted 2 freelance journalists at the company. The two journalists were there to investigate concerns raised by residents of Kotu over a worsening foul smell coming from their sewage dumpsite.

Saidou Baldeh, a freelance journalist with The Standard and Mariama Marong, with The Daily News, said they were assaulted by one Modou Lamin Bah, a security guard. They said soon after finishing an interview with the CEO of the company, they stumbled on a push-and- pull between sewage tank drivers and the company.

It all started when the Aqua Gambia CEO, Kora Jassey denied one Basiru, a truck driver from entering the company’s premises to dump. Basiru had reportedly once destroyed part of the area which he must fix before he could be allowed to dump there again.

This did not go down well with the rest of the drivers who told Basiru to block the doors to the premises.

This caused a serious confrontation between the drivers and the management. According to eye-witnesses, the two journalists who were there for another mission then approached the CEO for comments over the incident because at the time, all the vehicles were parked outside of the Aqua premises.

It was after the interview that the two journalists decided to take pictures of the ponds.

“I was taking pictures when Modou Lamin Bah rushed in. He asked why I was taking pictures. I told him I am a journalist and I showed him my press card but he told me I had to go to the CEO to ascertain whether I am authorised to take pictures. It was during this push-and-pull that he seized my card and knocked me, ” Mariatma Marong said.

Saidou Baldeh, who was also knocked by the security officer, said it was when they were done interviewing the CEO that Mariama tried to take pictures of the dump site.

“This is when the guy confronted her and asked her why she was taking pictures without authorisation.

This is how the standoff started and eventually we had to exchange some punches because he knocked Mariama,” he said.

Baldeh said the matter was reported to the police.

Kora Jassey, acting executive director Aqua Gambia, said the management had regretted the incident and blamed the security officer for confronting the journalists who where doing their job. He also apologised to the two journalists over what happened and begged them to drop the matter. But the journalists said they were not satisfied with the apology and demanded action be taken.