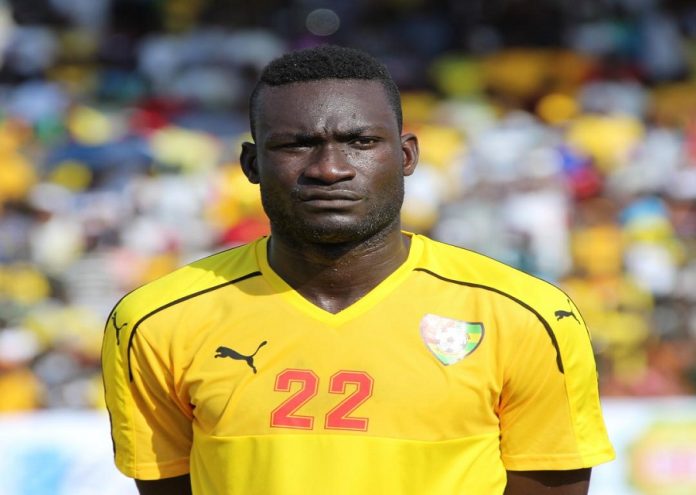 Last week The Gambia went to the Court of Arbitration for Sports, CAS, following CAF appeal board’s decision to uphold the decision of its disciplinary board concerning the eligibility of Togolese player James Adewale Olufade. The GFF which has vowed to get to the bottom of the matter is still not satisfied and having exhausted all legal remedies within Caf, Football House has now taken the matter to Court of Arbitration for Sports hoping that justice will be found on the matter.
Many Gambians expressed support and understanding with the GFF for pushing the matter to the limit.
In the interest of the public’s thirst to know more about the state of affairs of the matter we herein reproduce the full detail of the Caf decision and the history of the case.

FACTS
1. The Background:
On the 18″ of October 2018, The Gambian Football Federation lodged a formal protest on the eligibility of Togo’s national team player ADEWALE OLOUFADE before the start of the match No. 86: Gambia vs. Togo which was played in the frame of the TOTAL Africa Cup of Nations Qualifiers 2019.
The Gambian Football Federation (GFF) argued that the player is of Nigerian nationality, and was later adopted by Togolese ex-player Mr. ADEKAMBI OLUFADE, which gave him the right to the Togolese nationality. The GFF used the conditions stipulated in article 5,6,7 of the FIFA Statutes in regards to the acquisition of a new nationality of a player and have further reasoned that the player does not fulfil the required conditions; as such he is in direct violation of the FIFA Statutes and should be regarded as ineligible.
The GFF has additionally underlined the fact that the player has been registered on CMS under two different names and under two different nationalities (i.e both the Nigerian and the Togolese nationalities) which should be deemed as a falsified document. CAF sent out a letter to the Togolese Football Federation on the 25″ of December 2018 requesting that they provide CAF with their response to the allegations made against the player ADEWALE OLOUFADE.
On December 31*, the Fédération Togolaise de Football (FETOFOOT) sent a letter to CAF, explaining that the player’s dual registration on CMS was only but an administrative error. Furthermore, regarding the player’s dual nationalities, the FETOFOOT provided proof of the player’s birthplace being Togo by means of a birth certificate document as well as a nationality certificate.

3. The Appeal
On 23 January 2019, Gambia FF sent a_ letter intending to lodge an _ appeal against the decision in question. Gambia FF appointed a lawyer namely Mr. Gauthier Bouchat to represent them in the case in question.
The Appeal brief was sent to CAF in due time and therefore submitted to CAF Appeal Board. The Appeal Board held a meeting in CAF headquarters in Cairo on 10″ February 2019. The Gambia Football Federation had previously indicated that they will not be present at the hearing yet their lawyer will join by video conference, which indeed occurred during the hearing of the Appeal Board.

CONSIDERED.. Considering CAF
Statutes and Regulations;
Considering the submission of the following documents by the Togo Football Federation namely: – A Togolese passport for player James Adweale Olufade issued by Togo in 2015 – Anextract of the birth certificate of the player issued by the Togolese authorities in 2013 – A Togolese certificate of nationality issued on 2014
Considering the failure of the Gambian party to submit a proof supporting their claim that the above-mentioned documents are not authentic;
Considering that the player James Adewale Olufade has never represented any team but the Togolese National team;

LEGAL REMEDY:
According to article 48 par. 3 of the CAF Statutes, this decision may be appealed against before the Court of Arbitration for Sport (CAS). The statement of appeal must be sent to the CAS directly within 10 days of receipt of notification of this decision and shall contain all the elements in accordance with point 2 of the directives issued by the CAS.