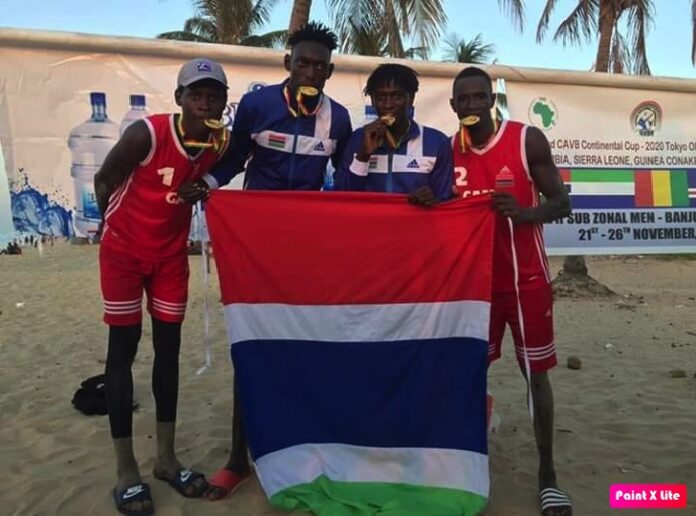 The last remaining beach volleyball places for Africa at next month’s Olympic Games in Tokyo will be up for grabs from 21 to 27 June during the Continental Cup Finals in Morocco.

The Gambia is sending a team to both the men’s and women’s segments. Some 24 African nations are competing for the only one Olympic ticket in the men’s section while 17 female teams will vie for the single ticket available in that segment.

The Gambia’s biggest strength lies in the men’s beach volleyball with the national team winning the African title at the All Africa Games. This unprecedented feat made the fans to tip Gambia as the hottest favorite to win the Olympic ticket and Gambian officials are hopeful that the task is doable.

Official sources from both Gambia Volleyball Federation and the National Olympic Committee (GNOC) confirmed the Gambian teams are leaving tonight for the event in Morocco with each segment comprising two teams, A and B.