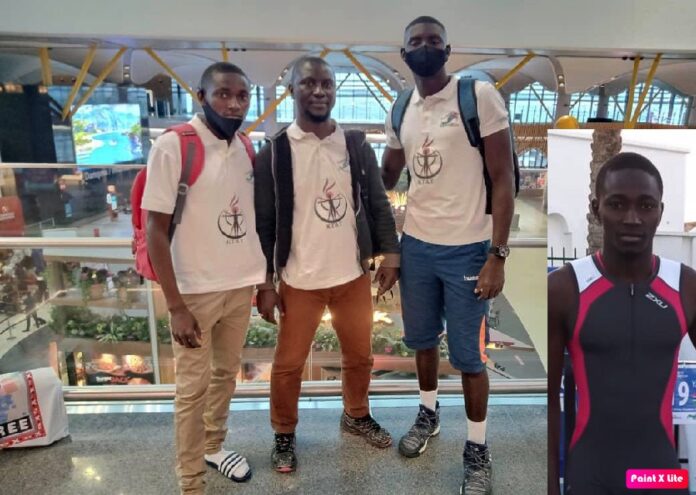 A team of two Gambian triathlon athletes Yankuba Jahateh and Ebrima Jatta recently took part in the African triathlon championship in Egypt where one of them Yankuba finished 17 of 40.  His compatriot Ebrima finished among the top 20.

The championship took place in Sharm El Sheikh, Egypt, and according to the President of the Gambia Triathlon Union Dejean Tommy the event was a very successful outing for The Gambia.

”Apart from the good performance of our athletes The Gambia was awarded a silver medal for development by the African Triathlon Union Congress, the continental body.

That is a very good recognition about which we are very proud,” Tommy told The Standard.

A triathlon is an endurance multisport race consisting of swimming, cycling, and running over various distances. Triathletes compete for fastest overall completion time, racing each segment sequentially with the time transitioning between the disciplines. Tommy whose executive took over last February said with the absence of a national sports wwimming pool, Gambian triathlon athletes had to use the Atlantic Ocean for training in swimming adding that running and cycling, the other components of the sport, can be managed even without a standard infrastructure. ”Our focus is to hold a national championship as well as take part in international events in Africa to further expose out athletes to gain experience in top level competitions. So we have a pool of young athletes in various categories who we trying to groom and train as early in their lives as possible,” Tommy said. He said the officials including Coach Ismaila and himself who traveled with the team are encouraged by the performance of Yankuba and Ebrima adding that the prospects for Gambian triathlon is good. ”We are encouraging all Gambian youths to come forward and take interest in the sport,” he said.