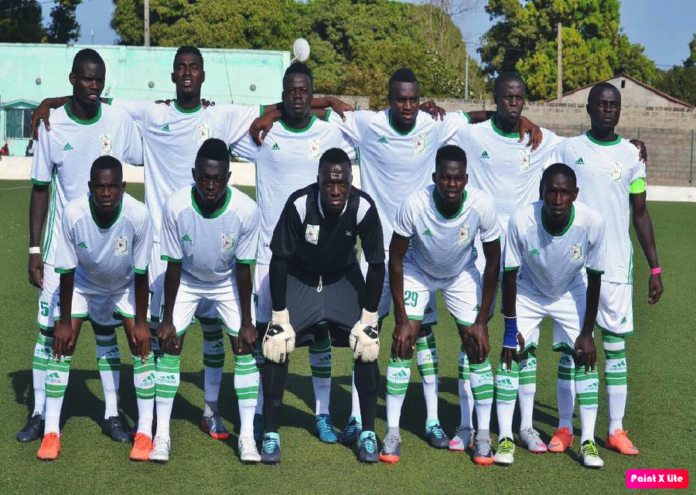 “The Petroleum Boys” – as Fortune are nicknamed – scored in each half to claim the important victory on their continental debut. Ebrima Camara gave them a first half lead, before Patrick Sylva and Alieu Barry secured the famous victory.

ES Setif, 2014 Champions League winners, looked a threat in the opening exchanges at the Independence Stadium with their quick interplays, but it didn’t yield fruits as Jane Joof’s charges defended well.

Backed by experienced summer recruit Ebrima Sohna, the home side broke the deadlock midway through the first half through Ebrima Camara. The former Gambia youth international kept his cold finish past Setif’s experienced goalkeeper Sofiane Khedairia.

With a ferocious home crowd behind them Fortune never looked back as they continued to ask questions of Setif.

Midfield maestro Ebou Sanyang, who played against Setif six years ago while at Real de Banjul, came close to adding the score on the stroke of halftime but he scuffed his effort wide.

The Algerian side came back from the locker room with purpose and should have leveled inside the first minute of the second half through Riad Benayad. The forward was played through the Fortune defence despite muscling his way past Sherrifo Darboe he fired straight at goalkeeper Yankuba Sabally.

The host doubled their advantage five minutes after the hour mark courtesy of Patrick Sylva’s belter.

The winger cut in from the left, dropping a shoulder before picking Soufiane Khedairia’s far post with a delightful screamer.

Both sides introduced fresh legs in the final quarter of the match but it was Fortune’s substitutes that impacted the closing stages.

Bully Drammeh found space on the right before playing in fellow substitute Alieu Barry to register his name on the score sheet ten minutes from time.

The TotalEnergies U-20 Africa Cup of Nations, Mauritania 2021 bronze medalist pounced on Drammeh’s inch perfect delivery to give his new side a commanding advantage ahead of the second leg in Setif.