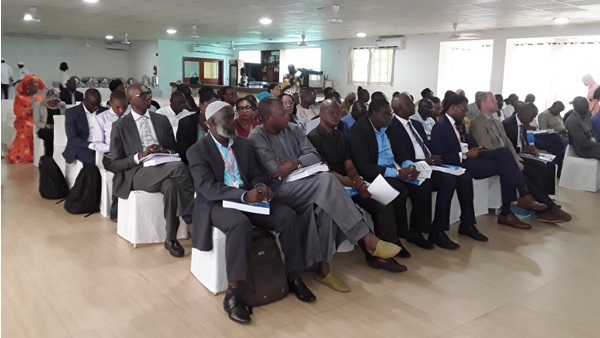 The Gambia Bureau of Statistics in collaboration with Unicef Monday launched the sixth round of Multiple Indicators Cluster Survey (MICS6) findings report.

The event was held at the Gambia Tourism and Hotel Institute, GTHI in Kanifing, and attended by government ministers, representatives from the UN system, NGOs, heads of various institutions, academia and research institutions.

MICS is a household survey developed by Unicef to assist countries in filling data gaps for monitoring the situation of families and households, especially children and women.

They also said the data can also be used to track some of the indicators in the National Development Plan (NDP).

“Information was collected from household heads through the household questionnaire, and women aged 15-49, men aged 15-49 and children under-5 through their mothers/primary caretakers were interviewed,” he explained.

He added: “Also, a questionnaire on Water Quality Testing was administered to the head of each selected household.

A sample of 7,800 households was selected for the survey and 7,405 households were successfully interviewed, translating to a response rate of 98.5 percent.”

The Minister of Women, Children and Social Welfare, Fatou Kinteh, said the MICS was originally developed in what was a response to the global summit on children to measure progresses towards an internationally agreed set of mid-decade goals.

The Gambia has participated in all rounds of MICS except MICS5 because that one coincided with the conduct of the first ever Demographic and Health Survey (DHS) conducted in The Gambia in 2013.”

She said that MICS-6 results provide critical information for programming, policy formulation and monitoring the findings revealed on overall improvement, particularly in areas relating to women, children and those affecting their welfare.

The chairperson of the National Statistics Council, Baboucarr Sarr, described the publication of the MICS as the realisation of one of the key milestones of the Bureau’s plan of activities for this year.