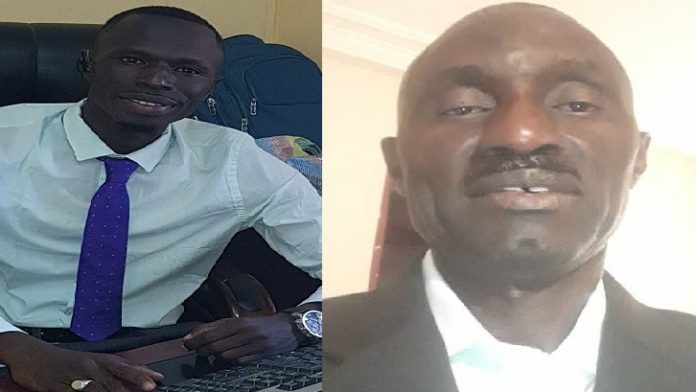 The national youth president of the Gambia Democratic Congress has refuted claims by the party’s former deputy leader, Sarjo Fanta Bojang that the Kombonkas have been marginalised by the GDC.

Bojang resigned Saturday to join the NPP of President Barrow.
But GDC’s MC Cham Jr said contrary his claims, Bojang had resigned from the GDC due to his inability to deliver any meaningful political gain for the party.
“Although his resignation cannot in anyway affect the GDC especially because he has joined a party that has no chance of winning elections in this country, but we expected him to be honest in his statements about the party. The politics of deception should end now,” Cham said.

Cham charged that only political opportunists will support President Barrow. “How can you claim to be a serious politician and then join Barrow who has betrayed the trust of the Gambian people and had failed to fulfil his campaign promise?” the GDC man asked.
He said although Bojang has sent his letter of resignation since November, the party has kept it secret because he had said he would continue supporting the party and that he was only pressured by his family to leave politics.

“Sarjo Fanta Bojang said he quit GDC because Kombo people have been marginalised in the party but if he feels like joining Barrow, he can do that without any prejudice to the GDC. It is unacceptable for him to say the GDC doesn’t care about the people of Kombo,” he said.
He said the GDC has done more projects in the Kombos and Greater Banjul Areas than in any other region.

“So many settlements in the Kombos in the West Coast Region have benefitted from GDC projects. The GDC had supported the Gambia College with chairs; the dressing room of the Sukuta football field and the mortuary of the Faji Kunda Mosque,” he added.
Cham called on Mr Bojang to immediately rectify his mistake and apologise to the party.