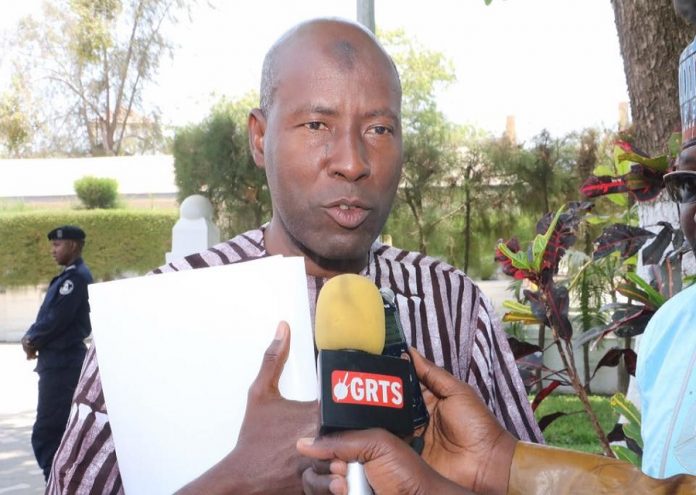 The director general of the department of strategic policy and delivery at the Office of the President, Alhagie Nyangado, has admitted that the National Development Plan is faced with serious funding problems due to the country’s inability to access new loans.

He made this revelation at the State House in Banjul in a media briefing on the ongoing preparations for the first Gambian international economic and investment forum in Spain to galvanize resources for the NDP.

The Barrow administration made the headlines after receiving a pledge of over a billion dalasi at a roundtable donor conference in Brussels in 2017 for the National Development Plan 2018-2021.

The goal of the NDP is to deliver good governance and accountability, social cohesion and national reconciliation.

It also aims to revitalize and transform the economy for the wellbeing of all Gambians.

“The NDP is having funding difficulties and the difficulty is the Gambia cannot take loans.

The only loans this government can take are loans that are 50 percent free and getting these types of loans is a problem for the country which is why we are looking for other funding opportunities,” he disclosed.

Nyangado disclosed that out of the D1.7 billion pledged, eight hundred million dalasi that is expected to come as loans are not accessible due to the indebtedness of the country’s economy, arguing that most of the pledge only come in grants.

“This is why the Gambian government is looking at other opportunities such as the proposed Gambia International Economic and Investment Forum in Spain in order to attract investors to carry on with the National Development Plan,” he added.

He continued: “Most of the grant components of the NDP are here but the greater part of that grant is going into maintaining ECOMIG which is entrusted in the hands of ECOWAS.

Government is yet to receive the most important part of funding for the NDP that is supposed to build roads, infrastructures, and improve on our hospitals.

Those are not forthcoming.”

Nyangado dispelled notions that the trip is meant to ferry government ministers to Spain for yet another retreat, arguing that the trip is part of an effort to attract investors into the country in a bid to accelerate the program of the NDP.