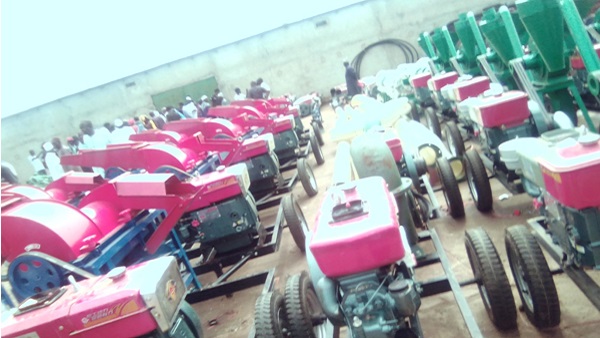 Speaking at the handing over event attended by the vice president of The Gambia, the Japanese Ambassador to The Gambia, cabinet ministers and National Assembly members, Amie Fabureh, the agriculture minister, said the aid seeks to increase food production and productivity and to strengthen the capacity and resilience of farming communities.

“The formulation of the project was based on crop and livestock farmers who continuously grapple with declining rains and degrading soil fertility issues, poor access to agricultural input and machinery, thus resorting to traditional means of production which are characterised by low output and drudgery,” she said.

She highlighted the importance of the project in a country where agriculture employs over 70 percent of the population, more than half of them women.
She said the project will increase production and productivity of key targeted agricultural value chains in line with the ANR policy and the National Development Plan through the provision of equipment, materials, seeds and others.
She assured the Japanese Government that the equipment will be put into good use.