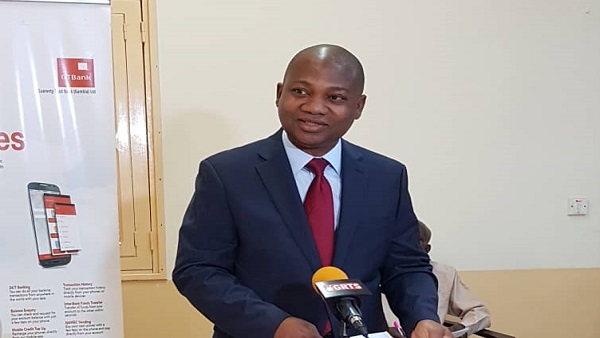 Recognizing this important role that washing machines have always played in infection control in the healthcare sector, GTBank Gambia on Tuesday March 19, 2019 donated a brand new machine to the Farafenni General Hospital. The Chief Executive Officer of the Hospital Wandifa Samateh described the donation as landmark “in the history of the hospital” adding that it would greatly enhance efforts towards “infection control as well

as save time and money for the hospital”. He lamented that laundry staff of the hospital have been washing stained and infected beddings and other materials with their bare hands which he said exposed them to infections. CEO Samateh noted that it was his management’s ambition to provide staff with equipment required for them to effectively and safely carryout their functions.

The Chief Executive Officer and Managing Director of GTBank Gambia Adesina Adebesin said as a responsible citizen of the country the Bank was “committed to creating enduring partnerships for sustainable development whilst adding immense value to the diverse communities in which it operates.” He hoped that the 16kgs industrial washing machine would add value to the valuable health care service delivery that Farafenni General Hospital provides for the general public.

Mr. Adebesin encouraged hospital staff and the people of Farafenni to take advantage of the Bank’s products and services which according to him were designed f

or their individual and collective needs.

The Farafenni General Hospital was built in 1999 with the objective of providing better healthcare services for people living in the North Bank Region of The Gambia.

- Advertisement -
Share
Facebook
Twitter
Pinterest
WhatsApp
Previous articleMedia must play its role to save The Gambia from arrogant or ignorant folks
Next articleCall it self-sabotage: How Gambian journalists are jeopardising their own freedom
Join The Conversation