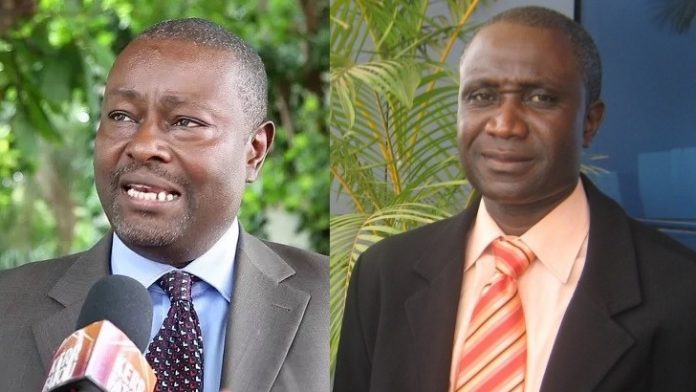 The National Human Rights Commission yesterday issued a statement condemning a remark made by a senior government official at a recent political rally of President Barrow in Brikama.

In the statement, the NHRC says: “We condemn in the strongest possible terms statements reportedly made by Presidential Adviser Mr Henry Gomez during a ‘political’ rally in Brikama on Saturday 16 June in which it is reported that he said that would-be demonstrators risk being shot at if they conduct protest marches demanding that President Barrow steps down after 3 years and citing as warning April 10 and 11 of 2000 in which 14 Gambians were shot following demonstration by school children as reference to what can happen again”.

The NHRC went on to stress that people have a right to freedom of expression, assembly and to demonstrate peacefully. “These are fundamental rights guaranteed in our constitution and under regional and international treaties and conventions that we have ratified.

To threaten would-be demonstrators with bullets is unbecoming of a Presidential Adviser and should be condemned in the strongest terms.

Such language is not one which is or should be permitted in a democratic society,” the statement stated.

The NHRC accordingly urges all and every Gambian including politicians, security personnel, the youths and everyone to be law abiding and follow due process in their actions.

“Never again will Gambians allow oppression and or fear to take hold in our society,” the statement concluded.

This is the second condemnation from concerned people about statements made at the rally. Another official, Interior Minister Mballow was also widely criticized for reportedly saying that government has acquired tanks that will spray hot water on would-be protesters calling for Barrow to step down as promised.