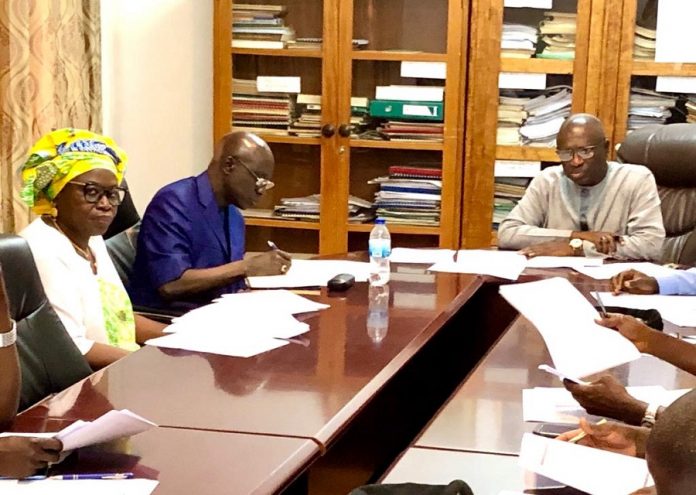 OIC Gambia Secretariat and the Ministry of Transport and Works on Wednesday inaugurated an interim body charged with temporary managing and operating the newly commissioned Sir Dawda Kairaba Jawara International Conference Centre in Bijilo.
The event was chaired by the Minister of Transport and Works, Bai Lamin Jobe at his office in Kanifing.

The minister revealed that a parallel process involving the Ministry of Finance has started to acquire the services of a full-time permanent operations and management firm to run the centre. Until then, the newly inaugurated temporary committee will assume responsibility for the building, including opening it up for public use as soon as possible.

The chief executive officer of OIC Gambia, Yankuba Dibba welcomed the setting up of the committee and expressed the support of his organisation to facilitate its work smoothly. Additionally, he re-echoed and support the government’s decision to eventually hand over the management and operations of the Sir Dawda Kairaba Jawara International Conference Centre to a public a private management firm.

Editor’s note: The facility will be co-runned by the OIC Gambia Secretariat and the Ministry of Transport and Works.