IS MATCH FIXING EATING OUR GAME? 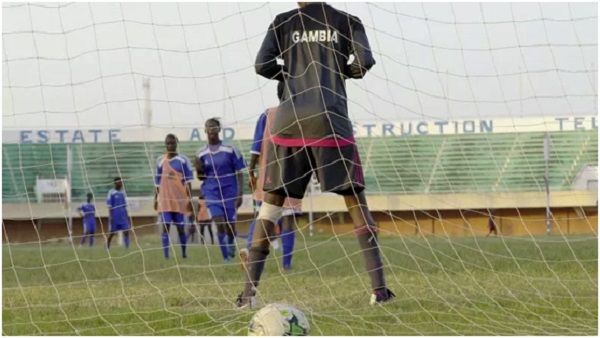 In the past, match-fixing in the Gambia is only confined to a perception that powerful rich club owners allegedly bribe referees to throw some sympathetic but match changing decisions to their teams during the final lap in the title race.
These incidents are widely believed to have happened especially because the football family was small and members close to one and other and are known to be helping each other socially.

Again even though a few Gambian international referees have been busted for allegedly accepting bribes, the country has generally been free from any hard-hitting headlines of match fixing.
But suddenly over the last few days, the GFF it self announced and confirmed that people were arrested for attempting to bride referees to fix a match. They said the arrested men are linked to some people connected to gambling syndicates.

This news is worrying because there even emerged various opinions and commentaries by Gambians saying that the practice has been going on for some time. This now means that some of the matches we must have watched and enjoyed were in fact cooked.
According to a local football pundit whose audio is making the rounds, matches are fixed when money is passed through club managers or presidents to coaches and then players. He said the most common method used are coaches fielding weak teams against strong opposition, players deliberately causing penalties or referees awarding dubious match changing decisions depending on what has been agreed on.

Going back to the GFF announcement, Football House revealed that Gambian police on Thursday arrested one Augustus Gomez for attempting to manipulate the outcome of a domestic Gambian first division match between Fortune and Marimoo Football Club. It is alleged that Mr Gomez approached one of the country’s top referees Omar Sallah wanting to know the official who will officiate the match because he [Gomez] and friends have interest in that match.

Sallah went on. “He informed me that he works for a guy who lives in Luxemburg, whom I also spoke to and they said they are involved in match fixing and if they are interested in a match, they use money to buy referees. He wanted to know the referees for today’s match but I refused to give them any information.”
According to Sallah, he didn’t even give Gomez the chance to know the officials for the said match because he thought that since there have been a series of claims of match manipulation, this was an opportunity for him to substantiate whether referees or players were indeed bribed.

“So they told me that they were going to Manjai and I offered to give them a lift in my car and once they were on board I went aside to speak to members of the Gambia Referees Association who advised me to take them to the police instead. So I started the car and to the surprise of my passengers, I took them straight to the Kairaba Police Station and handed them over to the police and there they started to talk, claiming that they have manipulated referees in our matches in the past,” refreee Sallah added.
So, going by senior referee Sallah’s account even the match fixers themselves confessed Gambian matches have been fixed before.

This is very serious and even though GFF president Mr. Lamin Kaba Bajo vowed to protect the integrity of Gambian football from manipulation, illegal betting and corruption, he must not stop there. The GFF must work with the police and the arrested match fixers to investigate the matches they have compromised and through which officials so that they can solve the matter once and for all. Match fixing is an international crime and no nation should even be associated with it and the challenge is for GFF to get to the bottom of this and take action against the fraudsters and their official collaborators. That is and only that way can we be able to clear our image …