‘JAMMEH CAN BE PARDONED, BUT NOT UNTIL HE IS TRIED’ 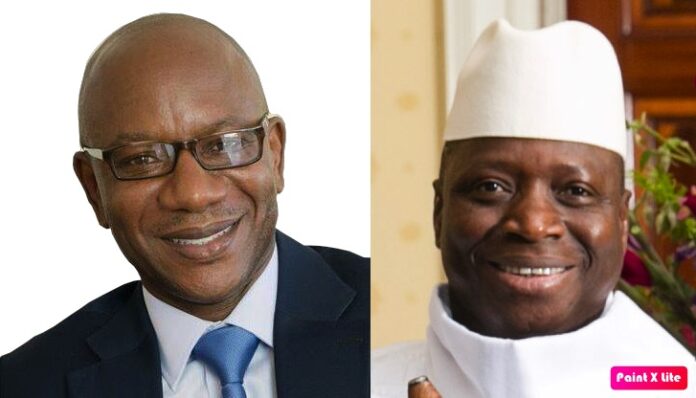 The leader of the People’s Progressive Party has said former president Yahya Jammeh can be pardoned for his crimes but not before he is prosecuted.

“I don’t have any problem with having Jammeh pardoned in the interest of reconciliation but I believe in due process. If a government or an individual commits a crime, they should be investigated independently and if found guilty, they can be either punished or forgiven,” Papa Njie told The Standard.

Mr Njie also revealed that Jammeh and all those who committed crimes under his watch must be taken through due process and prosecuted according to law.

“This will serve as a deterrent to future presidents to make them realise that no one is above the law and that impunity will not strive in The Gambia. But ideally, reconciliation should always be the first option because Gambia is a small country,” he added.

Njie said a PPP government would have conducted the TRRC process in closed-doors to protect the integrity of both victims and perpetrators and it would be left to the two to forgive each other or not. “We would then see how to compensate the victims and prosecute those who are not forgiven,” he said.

According to the PPP leader, APRC must not brag that Jammeh allowed President Jawara back from exile as a kind of favour to the PPP.

“If you remember immediately after the coup, they banned all political parties except PDOIS. We all know the PPP was still very strong at the time and if Jammeh had not banned the party, it would have won the following election. Not only that, they seized all our assets and took all our ministers to a Commission of Enquiry and up to date, not a single document has been produced to say these people were found guilty of corruption,” Njie narrated.

He said the APRC is shouting today that their assets should be returned. “Why didn’t they return assets of the PPP which they seized when they took power? To me, that is double standard because what is sauce for the goose is equally sauce for the gander,” he added.

Moving forward, Mr Njie added that the country’s media fraternity, judiciary and civil society will need to up their game to hold the government accountable.

“The country will also need to fight against indiscipline. I believe until that time that we inculcate discipline in our governance and societal behaviours, we will find it very difficult to achieve our development aspirations as a country. The mindsets of our young generation should also change so that we have our young people thinking positively,” he added.

He said the Gambia needs a very innovative and visionary leader.

“The problem of this country starts with the people we elect and how we elect them. Let’s take the National Assembly as an example – it is only in The Gambia that you hear people seeking for parliamentary positions promising their constituents they will build them roads or sink boreholes for them. That is not their role but the role of the councilors.

“The National Assembly is without doubt one of the most important institutions in this country so it is important we elect people who understand the duties and responsibilities of a lawmaker because the moment you are elected, you should be cognisant of the fact that you are not representing your party alone but national and your constituency interest,” he concluded.