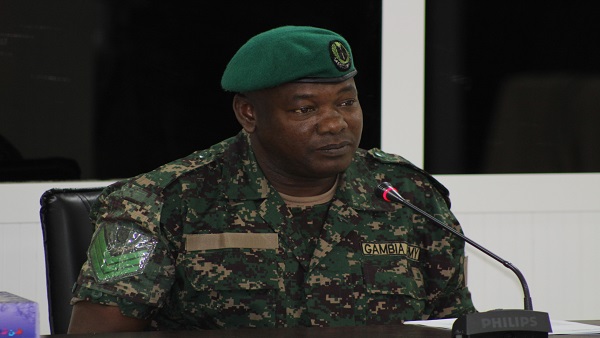 Dozens of victims of former President Yahya Jammeh’s regime, including orphans and widows have submitted a petition to the Attorney General and Minister of Justice, demanding the released Junglers be re-arrested.

Sirra Ndow, a family member of the late Saul Ndow and the country representative of African Network Against Extrajudicial Killings and Enforced Disappearances, told journalists on Friday that the petition conveyed the message from the victims who believe releasing the Junglers fails to address the right to justice of the victims.

Though conditional, we believe the release of these self-confessed killers to be de facto amnesty and fails to address the right to justice of victims. We, the undersigned, hereby request that these officers be re-arrested and returned to custody of the Military to be permanently confined to the barracks to await the recommendations of the TRRC. While we hail the transitional justice mechanisms that have been rolled out by this government, in particular the TRRC, and the progress this country has made as a whole in the area of human rights compared to the previous regime, we believe the Attorney General’s decision was not taken in the 3 interest of us, the victims nor that of Gambians at large and signals a lack of commitment to the victim-centred approach being claimed by the government.

Finally, as our Constitution, which reigns supreme as the highest source of law in this country mandates that people who violate our laws are charged by the Attorney General through the office of Public Prosecutions, we reiterate our request that the Attorney General to the very least re-arrest these self-confessed mass murderers and confine them to the barracks pending recommendations of the TRRC.”