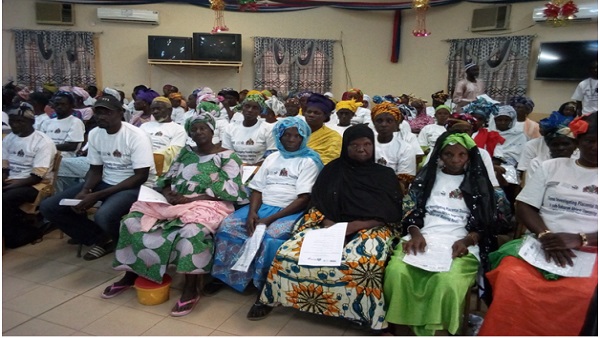 The Medical Research Council The Gambia, (MRCG) recently started a research programme investigating placental disorders and their risk factors. The programme is underway at the Farafenni Hospital.
A placental disease is any disease, disorder, or pathology of the placenta.
The two year project seeks to develop solutions to improve maternal and child health in sub-Saharan Africa.

The director of operations at MRCG, Joan Vivestomas, said the project is here to support save lives of women and children.
Pierre Gomez, data supervisor at Farafenni Hospital, said placental disorders and their risk factors have caused thousands of deaths to women of child bearing age including millions of children of the sub- region, where The Gambia is no exception.

“For this study to succeed in women and children’s health, we need a collaborative effort which we should all initiate with our collaborators and by the Partnership for Maternal, Newborn and or Regional Health Directorate (rch AND Farafenni General Hospital managments). This effort seeks to draw lessons from high-performing countries on accelerating progress towards reducing preventable maternal and child mortality,” he stated.

The Governor of North Bank Region, Ebrima Dampha, thanked MRCG for the project saying health should be a top priority for any developing community.