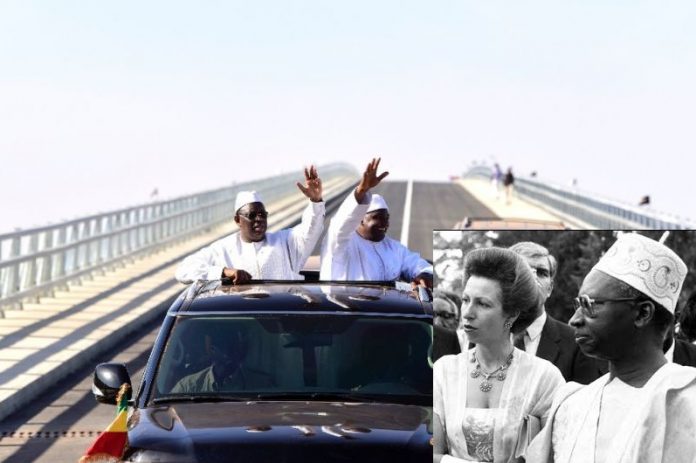 Senegal and The Gambia share a common heritage, geography and perhaps no other two countries have so much in common. This is manifested in food, languages, religion, music, fashion, dance and ethnic mix. Indeed since time immemorial the people of both countries intermarry and those inhabiting the border settlements trade, mingle, engage in sports such as wrestling,. This state of affairs has been aptly captured in the report of the UN study commissioned in 1964 entitled “Alternatives for Association between The Gambia and Senegal’, where it was pointed out that the two countries share so much in common that it would be unwise not to forge some form of relationship to serve as the guiding beacon for collaboration between the two countries during the post-independence period.

At the same time the report pointed out that despite the myriad of similarities, there are inherent differences in terms of certain socio-cultural and identity traits and these are more pronounced as one moves upwards the social ladder. In a nutshell, the report underscored that common people tend to interrelate and mingle in a more relaxed atmosphere and at ease, but this tend to be constrained at the level of the elites and policy-makers of both countries. This is mainly caused by a range of factors, including the different colonial experiences, and the differing systems professed and entrenched by the colonial powers.

This means that the Senegalese tend to adopt the French system in terms of governance, the judicial systems and the economic models, while The Gambia is more oriented towards the Anglo-Saxon model in terms of general administration, jurisprudence, economic dispensation etc. Invariably, various attempts were made in history to merge The Gambia with Senegal, to no avail and according to Professor Pierre Gomez in an article published in the Daily Observer “efforts to rekindle talks by the French in 1879 and 1881 with a view to unifying The Gambia and Senegal yielded no dividends”. He further cited the incompatibility of the two colonial systems – assimilation and indirect rule as one of the main stumbling blocks towards the creation of French Senegambia. “It is for this reason after the dissolution of the Province of Senegambia the country was subjected to uninterrupted British administration up to the time of independence. However, a host of problems were inherited by these two states after the attainment of self-rule in 1960 by Senegal and 1965 for The Gambia,” he pointed out. Key among these are the relevant issue of national sovereignty and how to reconcile this with the national interests of both countries.

Granted since independence the two countries have signed various cooperation agreements at bilateral level meant to deepen ties between the two countries and entrench the special relationship, in the areas of culture, economic sphere, security and other vital aspects of bilateral relations since independence. The bottom line is to forge closer ties between the two sisterly peoples and expedite the process of integration. This is very apt given that the two countries are condemned by geography and culture to live side by side in peace – a sine qua non for mutual existence of the two peoples, and also for the wider African dream of unity and economic integration.

The ill-fated Senegambia Confederation which came in to force on 1 February 1982 following the signing of the Kaur Declaration was the pinnacle of this relationship, but in my view the top-down approach was not feasible, and as a result the confederation crumbled in the short haul. In his book Kairaba, the first president of the Republic of The Gambia and one of its architects gave a brilliant exposè into the rationale for the confederation, achievements, and expectations of both countries and its eventual demise.

The reasons for its fall are very instructive and showed that the two sovereign countries had differing expectations as to the outcome and raison d’etre of the Senegambia Confederation, which was hastily crafted following the late Kukoi Samba Sanyang abortive coup. As Professor Gomez observed, “the political union being a long term objective, Senegal was looking forward to seeing a two–state federation, even though The Gambia had always stressed on the confederation which would give to the two states some form of autonomy”. Perhaps economic and monetary union was the principal desire of Senegal at the time and this would mean Gambian membership of the Franc zone and the West African Monetary Union.

(Professor Gomez – Daily Observer 5 June 2014)
Since the demise of the confederation, the two sister republics have approached bilateral relations in a more cautious way and towards this end various accords and treaties were forged. At the bilateral level, a treaty of friendship was signed in 1990 to cement the bond between the two countries in the post-confederation context. However, suffice to say that the bilateral relations between the two countries were further challenged with the advent of Yahya Jammeh following the July 22 Coup. The architect of the July 22 was treated with sceptism by the Senegalese authorities for a range of reasons, but mainly because of his inward looking and bellicose policies, as well as the perceived sympathy towards the Casamance rebels. Thus the relationship took a nosedive and reached its lowest ebb during the 22 years of Yahya Jammeh rule. This is manifested by the frequent border closures and trading of insults directed at the highest levels of leadership, mainly orchestrated by Yahya Jammeh and his cohorts to show his frustration with the antics and manoeuvring of the Senegalese authorities. This reached the lowest ebb, when Mr Jammeh, on his Meet the People Tour in 2015 vented his anger on the entire Senegalese leadership past and present in the border town of Farafenni. This precipitated the drift towards the lowest point in the bilateral relationship between the two countries.

This and many other undiplomatic moves by Jammeh must have incurred the wrath of the Senegalese authorities on the eve of the 2016 general elections. All these demonstrated the undiplomatic nature of Yahya Jammeh, who at the time had made isolationism an official policy including spewing bellicose rhetoric and ignored one basic principle, which is “that international relations are premised on a set of systems, interwoven with web of international organisations and alliances to ensure certain norms are universal, while certain behaviours are universally unacceptable, punctuated at both bilateral and multilateral levels and the bottom-line is to ensure what is understood in international relations as “limited sovereignty”.

Invariably the Senegalese, true to their comprehension of geopolitics and the dynamics of contemporary diplomacy and by extension international relations, played their card very well by first exercising maximum restraint and eventually resorting to multilateral diplomacy to tie the hands of Yahya Jammeh. The role played by Senegal in mobilising international support during the political impasse is worth noting, given the delicate balancing act they played to convince first the international community mainly France and the EU that Yahya is a threat to not only his country, but the entire sub-region given his adventurist manoeuvres. The next level is the UN Security Council where they were able to muster enough support with the help of France and then to Ecowas – the regional body that eventually played the crucial role in enforcing the relevant UN Resolution 2337 proposed by Senegal which endorsed earlier decisions by Ecowas and the African Union to recognise Barrow and eventually Mr Jammeh was sent packing in to exile.

The departure of Mr Jammeh ushered in the new Gambia and the relationship between the two sisterly countries have never reached a higher pitch, and this is witnessed by the range of cooperation agreements signed between the two countries, the establishment of the high level presidential council to complement the efforts of the Senegalo-Gambian Permanent Secretariat with a view to further cement the already cordial ties between the two sister republics. The people-to -people contacts and interactions at sectoral levels have since blossomed and Senegalese business concerns and products have found The Gambia an extension of the Senegalese market, not to mention the strategic Senegambia Bridge, recently inaugurated. Given the shared heritage and history of the two countries, this brisk relationship is welcome.

The author studied International Relations and Tourism Management with emphasis on destination marketing. He also served as Director of Marketing at the defunct GTA and GTBoard and Director of Planning at the Ministry of Tourism and Culture.

By Samsudeen Sarr I have in the past four years been wrestling with my thoughts over who would be the most viable Democratic presidential candidate...
Read more
Commentary

By Pa Louis Sambou Having come across the above captioned article which was published on your medium on 12 October 2020, I have reason to...
Read more
- Advertisment -