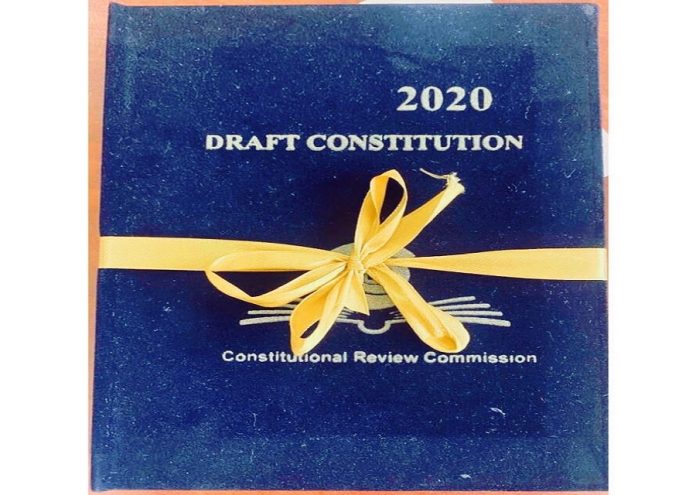 Since the publication of the Gambia’s draft constitution, it has attracted essential attention from the members of the public and legal luminaries. Naturally, there are those who support the draft and there are those against it. Initially, I was not much bothered by views on both sides but my curiosity was perked when I came across an article by Lamin Darbo, “From non-constitutional material packed into the Draft, to intra-document conflicts on the same issues, and between those copy and paste of Kenya 2010, and the 1997 Constitution of the Republic of the Gambia (the Constitution), the CRC took the country on a tour de force on how not to draft a national constitution” (4th Reaction to the Draft Constitution from Dabanani Law).The heavy words of “copy and paste” caught my attention to print both the Kenya 2010, 1997 Constitution, and the 2020 draft constitution. I decided to do my own reading of the Kenya 2010 and draft constitutions to verify these very serious claims.

\
My point of contention, however, is the budget allocated to the CRC commission which amounts to D116 Million. With this budget, I think we deserve to reinvent the wheel and not to run on a template of the 1997 and Kenya 2010 constitution. The quality of work produced does not commensurate theamount of money invested in it. Such practices are certainty where the prerogative of accountability has yielded its space to expediency and a commission of absolutism.

American and European tours?
The CRC toured America and Europe in the name of meeting the Gambians in the diaspora to gather their views. This could have been done by assigning Gambian missions abroad to organize town hall meetings, including telephone, skype and zoom video conferencing to collect, process, and analyze data, which will cut cost, build institutional capacity, and create a model national commission that utilizes technology as an instrument of nation building.

Going through the 2019 ministries development budget allocation and focusing on key ministries, the Health was allocated D1.1M, Agriculture D3.7M, Education (Basic, Secondary, and Higher Education) D2.2M.In hindsight, part of the CRC budget should have been cut and channeled to these ministries. How do we expect a ministry to develop with D1.1M? It makes me feel that we have a running government instead of a functioning one. On the other hand, it gives me the feeling that parliament didn’t scrutinize the budget before approving it. This would mean an act of negligence on their side.

We have a nation to build
We have a nation to build and giving green light to every budget that is being presented at the National Assembly won’t help us to build our nation. Putting into perspective, the budget allocated to the numerous commissions and their output, if measured into monetary terms and compared with monies allocated for the ministries’ development demonstrate grave mis-prioritization. It is hard for one not to justifiably concludethat it is a bank robbery game to enrich a few and neglect state institutions that would have benefited the poor, sick, and the youth.

In summary, the lazy job done by the CRC in writing the constitution could have been done by an LLM student whose thesis is on constitutional drafting rather than being headed by a holder of the Queen’s counsel merit award. Other than the expansion of the 1997 and the Kenya 2010 Constitution and its wordiness, the inclusion of the Shari’ah Law was the only difference. With this inclusion, minorities felt threatened because in the 1997 Constitution Sec. 137-(4) states that the Cadi court shall only have jurisdiction to apply the Shari’ah in matters of marriage, divorce, and inheritance where the parties or other persons interested are MUSLIMS but in the draft constitution Sec 188 (1), did not specify “persons interested to be a MUSLIM” as it is stated in the 1997 constitution. This vague clause has left many to worry about the establishment of the Shari’ah court.