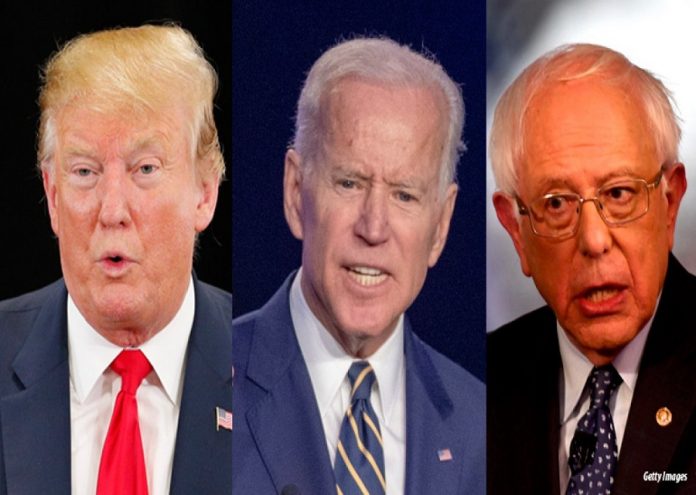 Monday night’s Democratic Party presidential debate on CNN between Vice President Joe Biden and Senator Bernie Sanders was at least refreshing in that for the first time our politicians have been challenged about the faith of the 11 million undocumented aliens living in the US, but not at all considered in the remedies to contain the coronavirus pandemic. A moderator drew their attention on how for fear of being deported by ICE the immigrants will unlikely register for a test and what they would do about that.

Both candidates vowed their sincere commitment to have all “illegal aliens” tested and treated like all Americans with guaranteed protection from deportation. That is all cool and dandy but they were merely on a debate podium talking about after winning the November 2020 presidential election and inaugurated in 2021.

This crisis is about now and the temporary projection for a nation-wide-all clear is two months, a period expected to be fraughted with everyday developments ostensibly edging towards more stringent measures. Besides, the probability of the pandemic not adequately contained but even degenerating through November could very well postpone the general elections indefinitely. Just imagine public gatherings being currently limited not to exceed 50 people much more if the situation warrants cutting that number lower and how under such circumstances a general election can be successfully conducted.

Joe and Bernie after all, only sounded rather political arguing over issue that I find irrelevant at this juncture with the former in my judgement doing better than the latter. Take for instance Biden’s contention against Sanders on the ineffectiveness of universal health care coverage referencing Italy where he highlighted how the policy never saved the people there from the ravages of the virus. I don’t know what was wrong with the old socialist senator last night but in his best moments, I believe he would have reminded Joe how South Korea and Japan with such universal insurance, nip the virus in the bud before it could do the damage it did in China, Italy and now Iran. In fact Sanders at one point was totally confused referring to the coronavirus as the ebola-virus and when he recovered blamed Joe for confusing him with the names.

When confronted about his past sympathetic viewpoints of the political systems of Cuba, Nicaragua, the Soviet Union and China, communist nations that for decades were in mortal conflict with the capitalist West-the cold-war era-I thought Joe hit him there below the belt. The intellectual politician Sanders was in the 70s and 80s couldn’t have avoided associating with the myriad of progressive movements empathetic to communist ideologies that helped tremendously in checking the monopoly of power by Western nations all over the world.

The Soviets and Chinese in defense of communism helped Vietnam to defeat America in their war of independence that at the time turned most Americans against their government for waging a brutal and senseless war. Cuban fighters sent to Angola in the 70s defended the former Portuguese colony from being annexed by Apartheid South Africa, subsequently breaking the zeal of that racist nation that led to the freedom of Mandela and black-majority rule. Yes Castro may have been brutally oppressive but he did good things at a time when every Cuban willing to try was funded by the American CIA to kill him or sabotage his government policies. Progressive African leaders then fighting for decolonization of the continent all relied on communist countries for help. Partrice Lumumba of the Congo, Kwame Nkrumah of Ghana, Saikou Toure of Guinea, Samora Michelle of Mozambique, Amilcar Cabral of Guinea Bissau and many more African freedom fighters were all sympathetic to Communist governments that rendered them invaluable support while pursuing their liberation objectives.

Unfortunately for Bernie he seemed to have lost his skills of articulating himself last night when challenged by Joie but I still think that the senator is a better candidate for us, the poor and underprivileged Americans than his rival. That said, I also want us to understand that the main problem is not about who is the best to succeed our despised Trump but rather about the pandemic shaping the nation’s form and substance.

The tristate of New York, New Jersey and Connecticut have just declared an 8:00 pm to 5:00 am curfew effective from Monday tonight, March 16, 2020 exempting only essential service workers such as medical and security services personnel, an idea being currently discussed at the Whitehouse for nationwide adoption. That means Trump can anytime come out and declare the curfew for all states. I hope when announcing that it will be on a press conference where journalists can ask him the question he will hate to answer, his solution about the 11 million undocumented immigrants in the country he treats like America’s worst enemies.

Emphasis must be laid upon the futility of any kind of effective containment, if these immigrants are not treated like every potential carrier in the USA.
It is hard to admit but Trump is not very much on top of his game in the pandemic, sending mixed messages everyday and obviously confusing rather than assuring the average American on what to expect. It is however becoming increasingly clear that state governments are formulating their own strategy of handling the problem, instead of relying on Trump seemingly clueless in approach. I don’t blame them.

With so many schools closed, businesses on the verge of collapsing, the Dow Jones index plummeting with no hope of recovery and even the UN scaling down on their activities and may soon shut down all meetings, we only have to brace up for more of the unexpected that could get worse in days to come.
The all-clear declaration expected in late May 2020, could only be for easing our anxieties but not a definitive time for a solution.