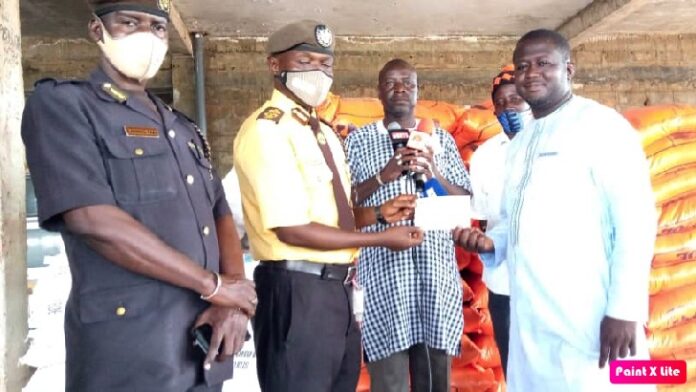 The CEO of Vision Development Foundation, Momodou Turo Darboe yesterday directed his charity to present D100,000 to officers of the Immigration department working in the border areas in the current pandemic operations to purchase fuel for their vehicles.

According to Mr Darboe, represented by his PRO Saikou Fofana, the move is designed to support the Immigration officers who are tirelessly patrolling the borders to control and enforce the Covid-19 emergency regulations in the fight to prevent the spread of the virus.

He said the VDF has a long tradition of supporting the security services in the country, adding that the Foundation is hopeful that the intervention will have a great impact on the condition of the officers.

He challenged the Immigration department to judiciously use the materials to everyone’s satisfaction.

Commissioner Ousman Lowe of the Immigration finance department received the items assisted by commissioner Ahmed Faal, responsible for naturalisation. They both thanked Mr Turo Darboe and his foundation and promised to deliver the items to the intended targets.