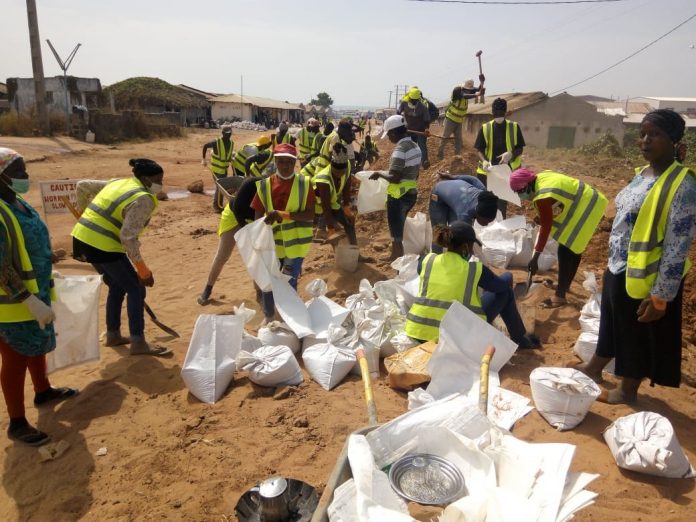 International Labour Organisation (ILO), a UN agency that deals with labour matters, was at the forefront of a project dubbed “Employment Creation”, designed to create jobs for the young thus sustaining peace in The Gambia.
Implemented in April 2018, the project was financed by the government of Japan.
Beneficiaries of the project, Gambian youths, had their skills enhanced on labour-intensive infrastructure construction, scaling up their life-long capacities to undertake, get involve and implement any project of such kind in the future.

Also, the project was tailored towards providing decent jobs for young Gambians, exposing them to the many opportunities that are opening up in the infrastructure construction sector so that they can go on to tap into it, and contribute to the socio-economic and sustained peace in The Gambia, Africa and across the world.
The infrastructures that were at the receiving end of a major boost were the three leading sectors of The Gambia: agriculture, tourism and fisheries, which power the economy into high-scale growth.

The project, implemented with partner Gambia institutions such as The Ministry of Trade, Industry, Regional Integration and Employment (Motie), the Labour Union, Gambia Chamber of Commerce and Industry (GCCI) and other related agencies in tandem with the ILO, targeted young Gambians between ages 18-35. A whole range of different categories of young Gambians benefitted from it: literate or illiterate, skilled or unskilled.
To make sure no variety of young people was left out, that everyone was employed regardless of gender, the project promoted inclusive growth, gender equality, included people with disabilities, and also young Gambian returnees from the “Back-Way”, thereby solidifying peace and sustainability through job creation and skills enhancement.

Some of the unique skills the young Gambians benefitted from were on road rehabilitation and maintenance, with the use of a technology called ‘Do-nou’, which is unpaved road construction method with the use of sandbags, a recent invention introduced by the Community Road Empowerment Project (Core), an international NGO.
Conscious of the need to deepen the understanding and knowledge of the participants on the “Do-nou” technology, four engineers were spotted, recruited and retained by Core in order to train them sufficiently enough to enhance knowledge transfer to The Gambia. 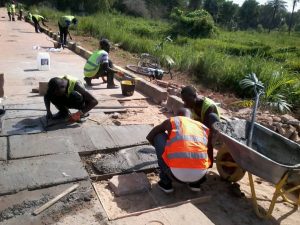