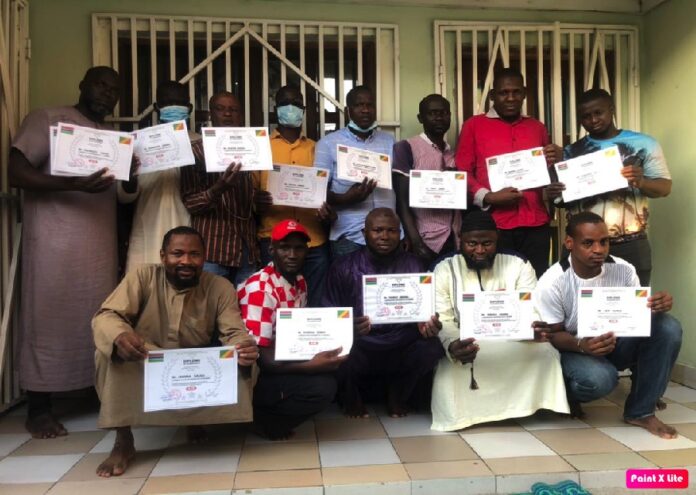 The Gambian Association in the Republic of Congo – Association Jeunesse de la Gambie – marked its tenth anniversary Sunday in the capital Brazzaville.

to the Republic of Congo, Saikou Jawara.

The organisation was formed and registered in Congo to among other things stand for the rights and welfare of Gambians in that country.

The president of the association, Kantora-born Ebrima Sanneh Touray, said since its establishment in 2011, Association Jeunesse de la Gambia has registered major strides and helped put many Gambians on a better footing in Congo.

“In the past, Gambians suffered a lot here in Brazzaville. Before, there was a route here to go to Angola and many people including Gambians have died or got arrested and taken to jail. This association aims to liberate those in difficult situations,” Mr Touray told The Standard.

He said the association has also in the recent past assisted those Gambians in need of medical assistance.

“We have bought air tickets for those stranded Gambians and whenever there is a dead, we put ourselves together to see how best we could assist. Alhamdulilah.”

According to Mr Touray, there are more than 200 members in the association.

He said their condition today in Congo compared to ten years ago is contrasting.

“We are doing very fine here indeed. Alhamdulilah. The availability of a Gambian consul has also made life better for us,” Touray stated.