Athletics Look Back On Year Of Glory 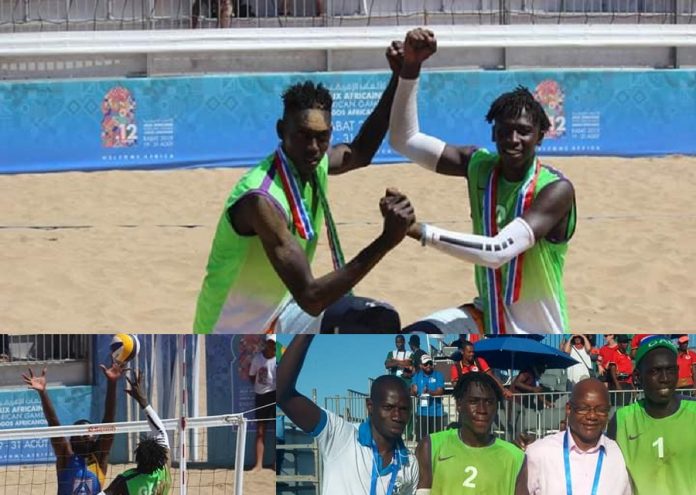 The Gambia Athletics Association, GAA, has declared the past year as the most successful in recent times.

Association president Dodou Joof shared the AA’s summary of the year with The Standard which highlighted the African Games in Morocco as the pinnacle of Gambian success in athletics so far. “We won the African championship in women’s 200mters with Gina Bass. This is also part of a big success which was our athletes reaching the final of major competitions and winning two of them. These are no mean achievements and we are striving to build on them this year being an Olympic year,” the GAA president Dodou Joof said.

He added that in the same year, construction work on the GAA headquarters to be called Athletics House is fast moving towards completion.
Looking ahead to the New Year, Mr Joof said: “The year 2020 is busy year because of the Olympics and to some extent the African Senior championship in Algeria. Our desire is to get as many of our athletes qualify for these games because the greater our participation, the more chance we have to win medals.”

Mr Joof added that the prospects are very good for athletics, given that the athletes are young and continue to get high quality training opportunities mainly at the IAAF Regional Center in Dakar, Senegal as well as attachment stints at foreign clubs.

Turning to the Gambia National Olympic Committee, GNOC, of which he is also president , Mr Joof said the NOC has extended support to Gambian sports to hit success in the recent past. “Apart from athletics the men’s beach volleyball team won the African title at the All Africa Games in Morocco. Overall the GNOC remains ready to support the activities of all sports in the drive to develop them and this includes building capacity. We just concluded a capacity building training for sport administrators across many disciplines,” Mr Joof said.