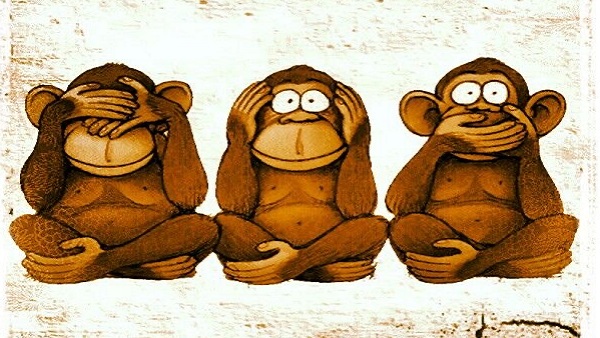 When I was a kid our teacher used to write a very long word on the blackboard and tell us to find as many new words out of it as we could. It was a competition and we only had some minutes before time was up and we put the pencils down.

Each pupil counted their words and told the teacher how many words they had found. The teacher checked our words and if some of them were misspelled they were erased. This was a fun game and it was a really good spelling exercise. Play this game with your kids, now when they are home from school. Just make sure that you have spelled the long word correctly and that you are sure of spelling before you begin to correct the words your kids have found. It would be embarrassing if your kids won over you, wouldn’t it?

There is a variation on this game, which is common that kids play here when they are in the car. A long journey can be very boring for kids, so to cure restless bodies you can exercise their brains instead. At the rear of each car there is a licence plate with some letters and numbers. A fun game is to think of the letters as abbreviations and try to be as creative as possible to find out which words that have been shortened. The funniest and most creative suggestion wins the round. Keep on playing this game until it is time for a pee break. Kids who tend to be car sick need to occupy their minds with something else than the feeling of nausea.

Why am I telling you this and what does it have to do with the title of this article? Patience is a virtue , dear reader, and I promise to reveal it. I read an article on this newspaper’s website and that made my blood boil. It was about APRC and their deputy party leader Ousman ”Rambo” Jatta. He told us that Yahya Jammeh will lead the party in the 2021 presidential election. Here is a quote from the article and it is Rambo’s own words.
“Yahya Jammeh will be coming back very soon and we are very sure he would be able to meet the IEC criteria”.

So, let us go back to our little game about making words of letters, like in abbreviations.
Hmmm…..APRC….what kind of words could those letters make?
(I know the words in this particular abbreviation, but let’s play the game)
APRC…….ah, now I know!
APRC = Atrocious Party Runs Crazy!
No, that’s not what it means, you might protest, but this is my game so I am the self proclaimed winner. Considering what Mr Rambo stands for, I think that my suggestion is as good as any.

Thank God that another member of the same party, Mr Basirou Gassama, seems to have his head screwed on correctly. He went out with a statement the next day and told how disappointed he was on Ousman ”Rambo” Jatta. He said that” the disturbing revelations coming out from the TRRC are enough to bleed hearts.”
Well, that statement gave me back my belief in humanity, but I still think that APRC as a party must be banned.

Our current president is like a toothless lion; when he wakes up from his sleep he roars but he can’t bite. As long as he doesn’t react as a strong leader with a vision for the country, and not only for his own bank account, these self- proclaimed leaders can stick up their heads and spew out one dumb thing after another.

Have you ever seen the Rambo movies? Rambo, played by Sylvester Stallone, is a soldier in the special forces, solid as a rock and tougher than anyone. Sylvester Stallone is a handsome man, a good actor and he has muscles enough for three men. When you look at Sylvester Stallone you know that this is a man with intergrity and when he speaks you will listen.

Having him as a rolemodel might be a good idea, but Rambo is a character, a fiction. Having Rambo as one’s nickname is like looking at a small boy who is flexing his tiny muscles in front of a mirror, imagining himself to be big and strong.

The violence in the Rambo movies is very realistic and they are absolutely nothing for kids to see. When Sylvester Stallone has been asked about the violence in these movies he said that there is a meaning behind it. In an interview Mr Stallone says: ” In more child friendly movies it says ”boom” and someone falls down with some final words. Real violence is horrific and my message is to tell how sickening it is. In Rambo IV when he was in Burma, people were literally shot in pieces.” In the interview Mr Stallone pretends to point at the journalist with an invisible gun and says:

Read these words and ponder them for a while, please. Keep them in the back your mind and then think of all the atrocities you have heard of when you have listened to the TRRC hearings. Let me pick some words from the interview with Sylvester Stallone: real violence, horrific, sickening, complete darkness, pushed, revenge. When you have read these words then go back to my little game of words: APRC = Atrocious Party Runs Crazy.

If some people are given too much power it goes in to their heads and messes up their minds. They begin to believe that they are some kind of semi-gods, that they have the power over people’s lives or deaths. I’m sure that those who became members in APRC had no intention to rule the country with fear. They believed in the party manifesto, they were tired of the still fresh memories of colonisation and corruption.

The first president, Dawda Jawara, was popular among the people but Yahya Jammeh had another plan for the country. A manipulative and charismatic person as Jammeh was able to make people believeing in him and his message. If you speak to poor and uneducated people it is easy to make them following you by promising a lot.

22 years is a long time and not all the evilness began at the same time, Jammeh became more ”creative” during the years. Too much power and too few who dared to question him made his mind flip completely. Those who were close enough to understand what was going on acted like the three monkeys on the picture I have chosen for this article. They pretended as they were blind, deaf and mute. These monkeys are actually a Japanese symbol for the quite opposite of Jammeh’s and his companions’ actions. They symbolize that you should not see anything evil, you should not listen to anything evil and you should not speak evil. The purpose of this is that if you are not exposed to anything evil, you will not reflect any evil in your speech or actions.

It is a great purpose, to keep your mind pure and avoid everything that is evil, but what if we look at it from a different angle. Turning a blind eye to the evil that is happening around you, pretending that you don’t hear and avoiding to speak out to save your own skin – that is how a person gives free space to transform to a dictator. Jammeh is a charismatic person.

I live on a distance so I have only had the opportunity to study his actions on videos, but for a trained eye it is not hard to see what kind of impact he has had on people. A psychopath is many times very charming, he is manipulative and he is satisfied as long as everything goes as he wishes. If anything goes against his will he can snap in an instant, the change from a kind smile to a hateful frown goes so fast that you don’t understand what has happened until it’s too late.

This way of sudden mood change is making people around leaders like Jammeh to live in constant worry and fear to displease him. They have learned, little by little, the horrific consequences so they do whatever they can to keep him in a good mood.

Well, Yahya Jammeh is not the president of the Gambia anymore, so there is no use to crawl before his feet. Most people seem to have understood by now what kind of atrocities he is guilty of, but we still have plenty who act like the three monkeys on the picture. The leader of the monkey pack seems to be Rambo Jatta, or at least he believes he is some kind of leader. What kind of points does he believe he will win on his statements that we can read from time to time? Is he hoping that Jammeh is following the Gambian news online and that he will be rewarded the day Jammeh comes back in position again?
How is it possible to be that blind, deaf and mute for all the evil Jammeh and so many in the APRC are guilty of? Yes, the party is also guilty, because it allowed Jammeh’s ego to grow to monstrous proportions.

How is it possible that this party still exists and that people openly declare their membership in it without shame? Why don’t you fall on your knees and plead for forgiveness? Why don’t you try to make amends and show your fellow citizens that you have come to your senses? Why do you allow a person like Rambo Jatta to speak out like he does if you wish to be taken seriously? As long as our current president is sleeping, people like Rambo can keep on spewing out one dumb thing after another.

A strong leader has a vision for his country, and a part of that vision is not to allow evil to grow. Even if there certainly are some great people in the APRC, the party has such a bad reputation and that can never be repaired. It would be a good gesture to all Gambians to tell that you wish to dissolve APRC and to request former members to keep their opinions to themselves. Let any anti-Gambian actions be illegal from now on, keep your slogan:
#neveragain and never let the passion from the election 2016 fade out.

A snake that hides in the grass is of no threat until you come near it and it bites you. Its venom will spread through your veins and paralyze your mind. If you are lucky you will not die, but you will be damaged – maybe for life. Beware of the human snakes that hide everywhere. Warn each other of them and keep your distance from them. Don’t let their venom paralyze your minds. Don’t be blind, deaf and mute , #neveragain shall these creatures rule the Gambia!