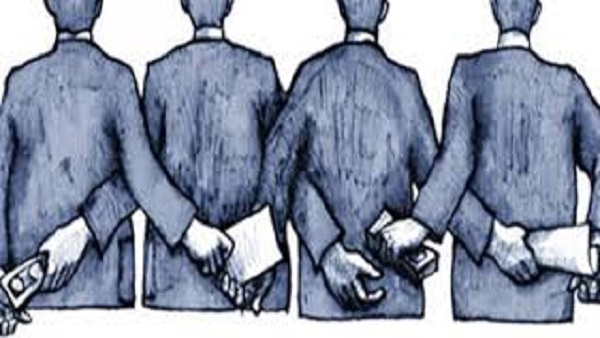 The Gambia’s future is beginning to look like its vile past. The political and economic euphoria that so many yearned for three years ago seems to be crumbling.

This is due, in part, to institutional weakness and lack of honest leaders—which has led to the pervasiveness and prevalence of endemic corruption—and to mediocrity of the leadership in The Gambia.

Many of The Gambia’s issues are symptoms of institutional failures, poor policymaking, and lack of honest leadership. Unfortunately, the looting class, tasked with the onus of guiding the matters of the Gambia, have been the chief culprit in committing corruption.

History and well-established research have consistently shown that strong and stable institutions can avert corruption and abuses of power.

Poor institutions or lack of institutional structures are critical factors constraining development and the rule of law in The Gambia. Likewise, honesty is a distinctive feature of leadership value.

Generally, honesty is what people expect first from their leaders, yet it is the Achilles heel of Gambian politics. Truth be told, The Gambia will not achieve any meaningful development—politically, economically or socially—without the input of effective leadership and strong institutions.

And, we ought to graduate from the self-personalization that has led the political discourse in the Gambia to become more about individuals than about ideologies.

The reality is that the new-found democracy has neither delivered improved standards of living nor economic development; instead, it has provided a seamless coverup for massive looting. And there has been no key measure for meaningful reform.

Upon his inauguration, President Barrow vowed to break the cycle of endemic corruption of the past that had held the Gambia down for decades.

Today, President Barrow and his band of unscrupulous reformers and looters are more like mafiosos than public servants—and they scarcely bother to imagine otherwise.

And the current diplomatic passport scandal expounds my argument about the band of grifters around President Barrow.

It is an undeniable fact that endemic corruption and poor institutions are the bane of Gambia’s overall development, and these phenomena have affected every sector of the country.

From all indications, President Barrow is using every stratagem to stay in office by strategically bringing back former President Jammeh’s enablers to occupy key government positions.

This, in itself, is an infringement against the people who fought Jammeh and his band of thugs for decades.

The Gambia needs a visionary and principled leader, a leader who can empower Gambians in every sense: politically, economically, and socially. Barrow has no, vision, or political accountability, and there is no justification for such a failed leader to remain in office.

The lack of institutional reform has had a profoundly negative effect on the judiciary, which experienced colossal failure under former President Jammeh. Attorney General and Minister of Justice Abubacarr Tambedou has not undertaken any important reforms to amend the more than two decades of Jammeh’s blunders.

In fact, Mr. Tambedou’s total indifference to former President Jammeh’s victims highlights the misplaced priorities of this government. If anything, Mr. Tambedou has been a clog in the wheel of progress due, in part, to political interference from the top.

With the establishment of the Truth Reconciliation and Reparation Commission (TRRC), one would hope that President Barrow and Mr. Tambedou would advocate, and promote justice, for all of Jammeh’s victims.

However, Mr. Tambedou has become unpredictable and ineffective.
Releasing confessed killers is a deliberate insult to the victims of Jammeh and their families.

The decision to release the “Jungulers” could weakened the TRRC, and it undermines the
population&#39;s trust in the process.

On many occasions, Mr. Tambedou has proclaimed respect for the rule of law and institutional reform, but his actions are otherwise.

For instance, the phony charges against Killa Ace and others elucidates the government’s increasing intolerance of and paranoia about critical voices.

Is President Barrow and Mr. Tambedou tacitly sweeping the past under the rug in order not to put Gambia’s fragile democracy under pressure? The TRRC ought to serve as an important deterrent for all other leaders after former President Jammeh; if not, history will repeat itself again.

With increasing political polarization, the rule of law is suffering, which does not bode well for the long-term welfare of The Gambia. Reconciling the past will be immensely impossible as long as former President Jammeh’s enablers still serve as government ministers and occupy high-level government posts.

Against these backdrops, the consequences of endemic corruption in the Gambia are depressing and deplorable. The effects vary from poor infrastructure, the misuse of public resources, mediocrity in leadership, high unemployment, and youth hopelessness.

These are all triggers of violence.

With President Barrow facing a profound crisis of trustworthiness and competency, the Gambia cannot afford to sail forth with an ill-prepared, foolish, and incompetent leader at the helm.

Through his actions, President Barrow has lost all trustworthiness and sincerity.

The only redemption is for him to gather the little sanity he has left and resign in December 2019 so that The Gambia can secure her interests in a better future.
The Gambia deserves better.

- Advertisement -
Share
Facebook
Twitter
Pinterest
WhatsApp
Previous articleGlobal finance and economic news The IMF post-Lagarde: How to keep up anti-corruption momentum
Next articleGina Bass and Ebrima Camara step up preparations ahead of WAC
Join The Conversation

By Suruwa B. Wawa Jaiteh While almost everybody is taking careful steps adjusting to the abnormalities of the American normal, the rest of our dear...
Read more
Opinions

Is President Adama Barrow another victim of dyslexia?

By Samsudeen Sarr Many Gambians I posed this question to merely expressed their misunderstanding of the word or their unfamiliarity with the case. But having...
Read more
Opinions

By D.A Jawo Finally, after two months in the hands of President Adama Barrow, the draft Constitution has now been gazetted and hopefully, the process...
Read more
- Advertisment -