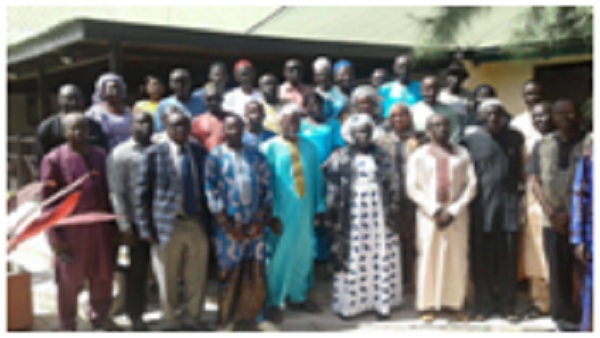 The meeting focused on veterinary legislation and other strategy documents relevant to the department.

He said the animal health strategy for Africa aims to provide a framework for managing the challenges related to animal health.

Ibrahim Cherno Jagne, head of monitoring and evaluation of strategic planning of the Pan African Parliament (PAP), said PAP was established under Article 17 of the Constitutive Act of the African Union, as one of the organs provided for the Treaty Establishing the African Economic Community and inaugurated on March 18, 2004.

“The establishment of the Pan-African Parliament is informed by a vision to provide a common platform for African peoples and their grass-roots organisations to be more involved in discussions and decision-making on the problems and challenges facing the continent,” he explains.

Jagne said the Pan-African Parliament is going through a transformation process to have full legislative powers with a key role in law-making and to become an institution that effectively discharges and realises the objectives, mandate and vision expressed in the PAP Protocol, the AU Constitutive Act, and the Abuja Treaty. He said this will go a long way in actualising the aspirations of Agenda 2063.

He said PAP attaches great importance to the critical role that the African Union- Inter-Africa Bureau for Animal Resources (AU-IBAR) is playing in the agricultural sector, and the sensitisation of the members of the PAP specifically on livestock related matters in Africa.