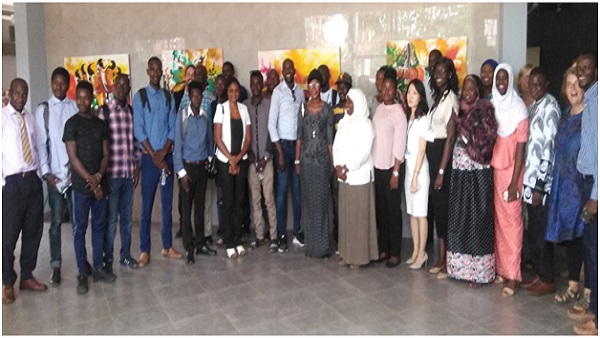 Gamjobs has launched a program it hopes will further help in curbing illegal migration and address the plight of Gambian returnees.

The Restart project was launched Tuesday and it is being supported by the International Trade Centre, ITC.

It has the intention of supporting returnees through job searching and coaching and providing them referral for job placement with interested employers.

This way, the project hopes to connect returnees with stable jobs needed to rebuild their lives.

Speaking at the launching ceremony, the CEO of Gamjobs, Ebrima Dem said reintegration of returnees is almost always difficult, so Restart is here to ease that somewhat.

“We are hoping to bring up 200 returnees of different ages who will be trained by Gamjobs staff for at least four weeks in order to improve their CVs,” he stated.

Tourism, security and agriculture are some of the industries he said Restart hopes to take the returnees to.

He thanked the ITC for believing and supporting the Restart.

Baboucarr Sallah, focal person for the UN’s Peacebuilding fund at the ITC said the ITC’s focus would primarily be on peacebuilding initiatives with an eye to keeping returnees engaged in labour.

Youth against Irregular Migration, YAIM secretary general, Mustapha Sallah, who is also a returnee, used the occasion to relive his ‘backway’ ordeal as terrible and traumatic.

He called on young people to stay put and tap into economic opportunities, thereby contributing to the socio-economic development of The Gambia.