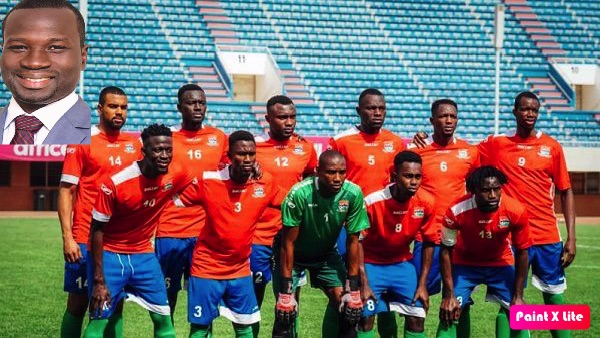 The minister of youth and sports Bakary Badjie has revealed that from September last year to date, the Gambia government spent D105 million on the qualification campaign of the national football team, the Scorpions alone.

The minister was speaking at a news conference called to clarify issues after the national team on Monday boycotted a presentation of D11 million by President Barrow, claiming that ‘Government is not serious about them and they deserve respect”.

The Minister said the said D11.1 million is a donation as token of appreciation to the boys and not related to their match bonuses as had been wrongly peddled in town. “We don’t owe the players anything and in fact their bonuses are managed by the Gambia Football Federation GFF even though the funds come from government. What we were presenting at the State House was a token of appreciation. We also want to clarify that we are ever committed to football and are ready and willing to work with the national team. We appreciate what they have done over the last two years in qualifying Gambia for the Africa Cup of Nations,” the Minister said. He said the players have been paid bonuses for all the games they played including even one they did not play.

The Minister said government has invested adequate resources to ensure the team qualifies including hiring planes and increasing their match bonuses to more than 100 percent just to ensure that they are motivated.

Minister Badjie said government has “no intention to engage in a back and forth game with the players, but if they refuse to collect the money, it would be used for other projects.

“We were told the boys expected more than what they get. Well, that is a normal but we are not comparing ourselves with the previous regime or the previous president. If the previous president was able to allocate D1 million to each player for the Under-17 we need to ask ourselves how did that money came about and we as a government are not able to do that because at that time the head of state can just sit at the State House and write to the Central Bank or SSHFC to ask for D20 million or D30 million without any supporting documents. That doesn’t happen now because President Barrow cannot sit at the State House and ask the CBG or Ministry of Finance to give him money. This is why he didn’t even determine what is to be given to the players. We do that here and in so doing we look at the financial realities on the ground and decide to allocate what we allocated. The reality is you have to cut your cloth according to your size. “We have nurses and security officers who are not privileged to be rewarded enough as the players,” the minister said.