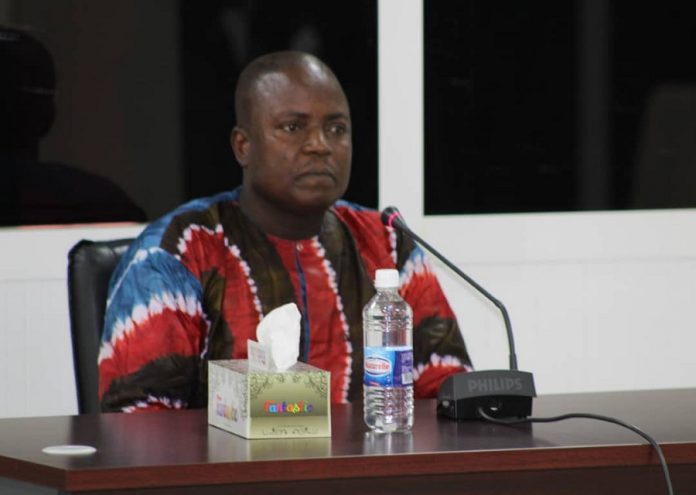 Ensa Mendy, the 2nd prosecution witness, yesterday told the High Court that he didn’t see Ousman Koro Ceesay at Yankuba Touray’s house on the day he was allegedly murdered.
Ensa Mendy made this statement whilst responding to questions by Defence counsel, A. Sissoho during cross examination in the murder trial of Yankuba Touray before Justice Ebrima Jaiteh.

He told the court that he did not see Ousman Koro Ceesay and Yankuba talking, and did not also see the accused person kill Koro.

He said he cannot remember the date he was sent by Yankuba to go on patrol.
After the court admitted the witness statements made on the 2nd and 5th July, 2019 as Defence exhibits D1 and D2 respectively, lawyer A. Sissoho proceeded to ask the witness questions.

The witness confirmed that in both Defence Exhibits D1 and D2 that the accused person instructed him to leave the State House between 9:00pm and 10:00pm.
He said he wrote in his statements (Defence Exhibits D1 and D2) that he remembered seeing Yankuba’s immediate family at his residence that particular day before he went on patrol but when he returned from patrol, he observed the place was very lonely as he saw neither Yankuba’s wife nor his maid.