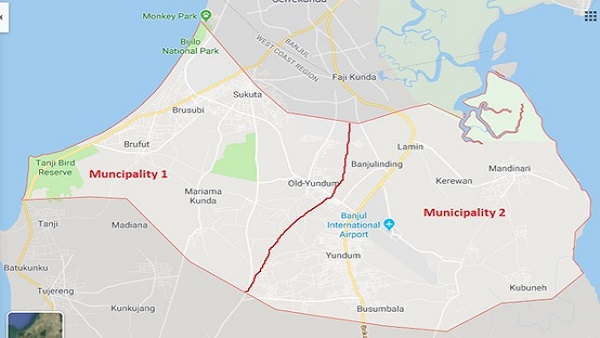 The demonstrations by Brikama residents on 24th July to protest poor service delivery by their local area council highlights a real and chronic problem in urban Gambia.

Our area councils have not lived up to expectations because of the lack of capacity and will both at their level and also at the level of the relevant Ministry.

The only exception has been lately KMC with the election of a dynamic major.

Brikama Area Council has been particularly problematic for a number of reasons. First, it covers too large an area. It also covers both highly urbanized localities such as Brusubi, Brufut, Sukuta and Brikama, as well as large swaths of highly rural areas in the Kombos and Fonis.

The combination of such a large and diverse area is made worse in that Brikama Area Council is highly capacity constrained.

Its revenue collection system is highly weak, erratic and non-uniform.

Most of the entities and individuals who should be assessed the various forms of local taxes are not assessed at all while a small number of compounds, small businesses and entrepreneurs are over-taxed. On top of this poor tax administration system, and partly because of it, service delivery in Brikama Area Council has been abysmal. For instance, the market in Brikama is highly unhygienic. Regular refuse collection or cleaning does not happen. Women vendors are forced to sell food items on maggot-infested surfaces.

Buyers are forced to walk on unpaved, muddy streets that should have been improved years ago.

In fact, it is hard to come up with examples of a single service that Brikama Area Council provides adequately and consistently.

There are various feasible reforms that can be implemented to improve services in the West Coast Region without foreign assistance.

The need for such reforms is self-evident. And this transitional period is an ideal time to implement such reforms.

The proposal in this article would make the administration of Kombo North and Brikama city far more manageable in the context of low capacity.

First all, at least 3 new urban municipalities should be created in Kombo North and Kombo Central.

Kombo North, which is almost 100% urban should be split into two separate urban municipalities.

The breakdown of the major towns in these municipalities should be as follows:
a) Municipality 1: A new municipality centered on Bijilo, Brusubi, Brufut, Jabang, Salagie and Sukuta should be created.

b) Municipality 2: Another municipality that is centered around Banjulunding, Busumbala, Farato, Kunkujang, Lamin, Wellingara, (Old and New) Yundum, as well as other smaller settlements in between.

c) Municipality 3: Brikama City Council should be created and centered only on Brikama city itself, in addition to a few immediate surrounding satellite towns such as Jalambang, Kembujeh, Manduar, Kiti, and Serrekundading.

The creation of these new municipalities would not immediately solve the problems in the area currently covered by the Brikama Area Council (BAC) but the foundation will be set to significantly improve services.

The immediate effect of this disaggregation of the BAC would be to reduce the over-extension of BAC’s limited capacity.

It would also make the resulting new municipalities more manageable, and the administrators much closer to their constituencies.

As a resident of Brusubi, I can attest to how distant the offices in Brikama appears to us. The BAC only seems to be aware of our existence when it is time for the annual compound tax collection, of which only few compounds are reached.

Each of these new municipalities would also be almost completely urban.

They would each have a population that is comparable to the Kanifing Municipal Council, if not now but in the very near future given their fast growth rates.

Given their mostly urban nature, issues of property value, waste management and urban infrastructure would be more substantively discussed in the country because there would be multiple urban municipalities to experiment various urban policies.

In many countries, aggregation of small municipalities into larger ones has led to better service delivery by taking advantage of economies of scale, which reduces the cost of service delivery.

However, such situations required the availability of adequate capacity, which is not the case in The Gambia.

In fact, low capacity is a significant problem at the Ministry of Lands and Regional Government.

One key factor has also helped improved local service delivery in many parts of the world is competition among municipalities, especially those that are close to each other.

For instance, the proposed Municipality 1 centered on the highly urbanized settlements of Brusubi, Bijilo, Brufut and Sukuta would provide a natural competitor to KMC.

Imagine the presence of mayors in these 3 proposed municipalities that are as dynamic as Mayor Bensouda at KMC. There is no telling the improvements in local developments that can take place, which would reduce the burden on an already constrained central government.

Without real reforms to improve local service delivery, the events in Brikama will just be the beginning.

In far too many urban centers of the country, the local governments are engaged in fiscal repression in collecting taxes and fees, while residents are deprived of basic services such as garbage collection and basic infrastructure that are taken for granted in other parts of the world. This state of affairs is not inevitable and there is no reason why it should continue.

Almami Taal’s confirmation to The Standard, UDP lawyers have filed for a mandamus order against IEC was unconstitutional

Decency and ethics in politics and public life

By Madi Jobarteh In the wake of the Lamin Bojang saga it is necessary that Gambians pay attention to fundamental issues if we are going...
Read more
View Point

The promotion of a Stockholm Syndrome Governance must stop!

August 3, 2020
By Omar Bah The secretary general of the People's Democratic Organisation for Independence and Socialism on Friday made a national broadcast to mark the 34th...

Calls for travelers to pay for quarantine