In dispute of a fabricated coup rumour 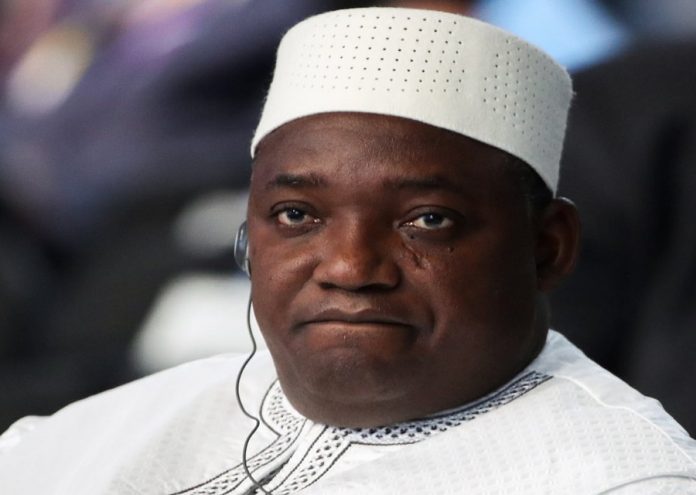 “Sai sai wahul daygha wai yahanna khol” is a Wolof maxim translated thus: “the rascal may not tell the truth but can poison the mind”
I will start by extending a warm welcome to His Excellency President Adama Barrow to one of the most congenital challenges of Gambian presidents, dating back to the declaration of our independence by President Sir Dawda Jawara in 1965. That is to emphatically state that rumors of coup plots, cooked-up or genuine, have persistently been an inextricable headache to Gambian presidents, occasionally impacting the security configuration of the state in radical ways. Where its perplexity lies is the mastery of differentiating the fabricated from the veritable ones.

Scanning over the subject through the past decades since independence, it becomes crystal clear that the first rumor of coup in The Gambia happened in 1980. Precisely the morning Constable Mustafa Danso, the sentry on duty at the Bakau Field-Force Barracks walked up to the camp commander, Commander Emmanuel Eku Mahoney and shot him at close range with an SLR, killing him instantly on the footstep of his office.

Rumors of the attack as a looming coup quickly spread across the country like wildfire which a year later actually happened; yet, it was reported to have failed that day only because his fellow conspirators betrayed the plan of the moment by not acting after Danso was tasked with executing the commander first. Commander Mahoney’s counterpart, Co-Commander Bojang was a principal suspect, eventually indicted and dismissed from the force in early 1981. However on the day to execute his eviction from his residence in the barracks on July 29, 1981 Kukoi Samba Sanyang, a civilian politician mysteriously took command of the 500-man-strong paramilitary force and led them into the infamous bloody abortive coup of 1981. The initial rumors of that coup were all factual with the evidence obvious, nonetheless the PPP government at the time had no idea of how to prevent it.
The next significant but rather phony one happened in April 1987 that had found me already enlisted in the Gambia National Army (GNA) and commissioned a 2nd lieutenant. It was apparently about intelligence received by the PPP government from undisclosed sources of an imminent armed insurgency into the country by renegade rebel leader Kukoi Samba Sanyang and his gang of international mercenaries, “better trained and determined to overthrow the PPP government that time”.

I was a platoon commander in “B” Company, commanded by Captain Maba Jobe. And for almost a week the entire security forces in the country including the Senegambia confederation battalion, deployed troops to designated strategic regions in the country with Capt. Jobe’s company assigned to protect the Kombos from a base hastily built in the deep Gunjur forest. Nonetheless, with all the serious efforts and resources wasted in the elaborate exercise, not a single commander or government official could later tell us what the hype was all about. Because the Kukoi-insurgency story was all baloney.

In hindsight the incident could have been attributed to the stalemate between President Sir Dawda Jawara and his Senegalese counterpart President Abdou Diouf for the former’s reluctance to succumb to the latter’s adamance to federate the two states and change the Gambian dalasi to the CFA Franc, an agreement signed by both leaders but had been stalling since 1982. Hence I beg to ask, was the insurgency threat a possible trumped-up scare tactic by the Senegalese government to accentuate the indispensability of their troops in the country in a bid to persuade Sir Dawda to hastily implement the federation protocol? Quite possible indeed. Being the nonsensical rumor it turned out to be in 1987, I couldn’t find any other good reason beside that.

Arguably, in 1990 and 1991 the GNA soldiers after serving their tour of duties with ECOMOG in Liberia, returned home to angrily organize two demonstrations against the PPP government; they were unorthodox protests ultimately reckoned to have been prompted by delays in payments of their allowances. But intelligence gathered prior to their departure from Liberia outlined both incidents as potential coup plots against the PPP government but as customary, the rebellion was undermined by the failure of their officers to join them in the morning of the strike. The scary demonstrations essentially brought about government’s successful solicitation of Nigerian troops who soon after came and took command and control of the GNA in 1992.

For those who were familiar with its evolution, the 1994 coup was the final and most rumored conspiracy against the PPP government before it happened on that Friday morning of July 22. To enumerate the subsequent incidents of coup rumors, true or false against the AFPRC/APRC government will take a whole chapter in a book or many more.

Amazingly, no sooner had the Nigerian Army Training And Assistance Group (NATAG) assumed their responsibility in the country in 1992 than another preposterous rumor of a coup emerged from senior operatives of the National Intelligence Service (NSS) who had accused the then Inspector General of Police, IGP Pa Sallah Jagne and his assistant, DIG Ebrima Chongan of planning to topple the PPP government. Of course, the whole allegation was eventually invalidated but not before leaving a sour taste in the mouth of the authorities about the trustworthiness of the newly amalgamated GPF with the defunct Gambia National Gendarmerie. It essentially compromised the PPP government’s confidence in the GPF that hitherto had proven their loyalty and resilience to operate as a formidable counterbalancing force against the GNA. The Nigerians, on the other hand, not cognizant of the safer balance of power between the two sister forces on the ground, recklessly pivoted the fulcrum by arming the army far stronger than the police. That naturally gave the GNA all the vital edge to overthrow the PPP government two years later without any resistance.

Accusing IGP Pa Sallah Jagne and DIG Ebrima Chongan of even entertaining a coup plot was as absurd then as accusing Hon Halifa Sallah, Ba Tambadou, Sheriff Tambadou, Masaneh Kinteh, Essa Faal and all the names listed in the unsavory audio in circulation today of being part of a military coup.

Only unsophisticated minds with no clue about military operations will dignify the rubbish of 28 AK 47 rifles, 6 Rocket-Propelled Grenades (RPGs), 8 sniper rifles and an undisclosed number of pistols, shipped from Holland and delivered to a cemetery in Jiboro village in the Gambia to overthrow the government. What about the ammunitions and the experts trained to utilize the sniper-rifles and RPGs. Empirical evidence of well trained snipers and RPG gunners imbedded in a tested fighting platoon have been proven far deadlier in the battlefield than a whole battalion of regular infantry forces carrying light weapons.
US Navy seal sniper Christopher Scott Kyle in his four tour of duty to Iraq was confirmed by the American Department of Defense to have killed 160 enemy combatants in the battlefield, each with a single sniper shot. He is, so far, the best sniper ever known in American history.

During World War Two, German snipers were notorious for killing whole platoons of infantry soldiers before snipers like them were brought in to hunt and kill them.
Anyway the last time I checked, the GAF had no trained snipers or RPG gunners tested in peace or war times.

As far as my knowledge of the combat readiness of the GAF is concerned they only have Kalashnikov rifles and Light-Machine Guns (LMGs) following the removal and shipment of all their heavy weapons to Dakar by the Senegalese troops after the 2017 impasse. Moreover, all ammo shells in stock were also exploded or destroyed.

If the objective of the person in Europe heard in the audio is to turn himself into an outlaw to prove the risk of being persecuted upon returning to the Gambia, an evidence to back his quest for political asylum as insinuated in some quarters, I am afraid to advice him that the trick has failed every credibility test. That could however be the only logical conclusion from such a malarkey.

Except, as in the past, to justify the need to extend the indefinite presence of ECOMIG/Senegalese forces in the Gambia, now being warily questioned by many Gambians in all walks of life. Their open-ended presence is now viewed as a shuttle way to retain President Barrow in power against any future contender of which there is no better way of achieving that than to spread occasional rumors of coups and the image of an insecure Gambia. Yes, this asinine rumor of a coup, in my judgment, should have never been dignified by the government.
Is this not the second rumor of a coup since President Barrow took office? Trust me, your excellency, brace up for more if you intend to stay in office for your “prophesied 15 years mandate”.

The inauguration of an independent candidate/party