Let’ Forget The League And March On 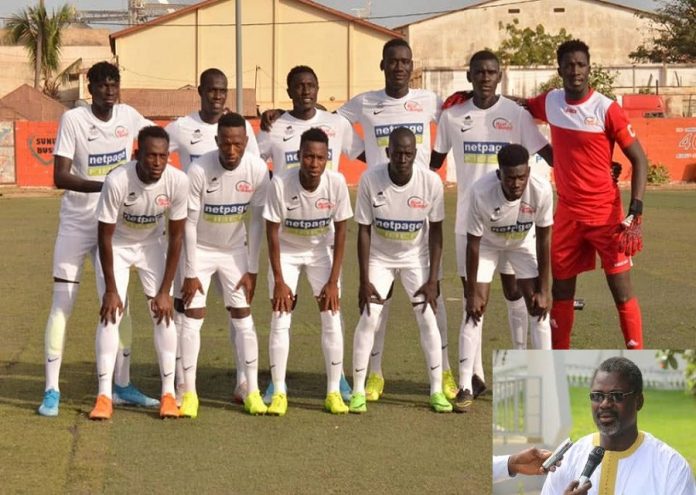 As I write this piece last night, The Gambia Football Federation, GFF, is yet to state which way it would take as far as the already embattled league championship is concerned.
The Federation has said if the state of emergency is extended for any reasonable length of time, it would have to cancel the leagues and basically all football this year until further notice.They however leave a little room for the possible resumption of the league if the extension happens to be short.Well the extension is now announced for 21 days. Whether this is a long or short period by GFF standard remains to be seen. However, I think the only sensible course of action open to both GFF and its members is to accept reality. Lets forget the 2019-20 league. It cannot just be possible to return to normalcy. Even in the most organized countries in Europe, the urge to go back to football may be big, but it is not matched with any confidence that things will work out well. The fact is that this virus is not going away anytime soon and even if The Gambia seems to have recorded very few cases compared to other places, there is no certainty that this will not change especially when the little social distancing we have is stopped totally as it will be the case in football matches.

Granted, our football does not have much fan base except perhaps the Zonals , so playing in empty stadiums does apply here but if the GFF decides to go ahead, will it introduce mandatory testing for players? Will players make themselves readily available? What if in the course of the league a player tested positive? Would that player and his team not be compelled to be quarantined for some two weeks? What about the teams they have played against? When will you complete the league when players and whole teams are quarantined for two weeks? The uncertainty and suspense surrounding this whole thing is unbearably painstaking. It has to end for us to concentrate on other things.

I think what the GFF and its members should do now is to work on a consensus as to what to do with the already abandoned league. Yes the GFF had said no promotion or elimination meaning, everyone stay put. That scenario may sound hard to bear given that some teams who felt this year is their greatest moment, and are standing well in the table, will be devastated when forced to wait for another year to start it all over again. How will teams such as Real de Banjul feel standing upright in the lead and with more fire to seal the title? Of course there are some underachievers languishing at the bottom of their different leagues who are praying silently for the league to be scrapped to give them a new lease of life next season. But the bottom line is that man’s most precious possession is not his league title, promotion to first or second division. No. Man’s most precious possession is his life. So lets save lives and hang our boots till later. .

Oh, lets not forget.There is the small matter of the much anticipated Fifa Covid-19 relief package. I hope when it comes,it is not a question of if, the GFF will give due diligence to its own conscience by adequately funding its regional leagues and allied associations as well as support the clubs handsomely. The latest financial support to clubs is commendable but far too small compared to what will be spent to maintain and fuel the new fleet of cars and pay for globe-trotting officials once the airspace is opened around the world. Have a nice Koriteh, and keep your distance.