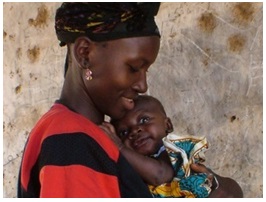 The ward has not been in use for six years now, according to the minister.

He took an obstetrician including surgeons who will be stationed at the ward to begin serving pregnant women and other patients.

“This step is crucial as it will help women who might need caesarean delivery and as well help in the reduction of maternal mortality in this country,” he stated.

He explained how pregnant women of the area used to struggle to reach Banjul via the ferry to receive treatment at the Edward Francis Small Teaching Hospital.

“In most cases, that has proven to be disastrous,” he said.

As such, he said the reviving of the ward was absolutely necessary.

He urged the hospital authorities to always keep the premises clean.

Kunle Adeniyi, UNFPA-Gambia representative, was part of the visiting party to the hospital, and said UNFPA has been supporting and promoting women’s health in The Gambia and beyond.

“One of the major areas we work in is on maternal health.

We need to improve the health aspect of women who are pregnant so that they can deliver safely,” he said.

He said more than 600 pregnant women have been referred to well-established hospitals in the past 3 or 4 years prior to the restoration of the Essau hospital’s theatre ward to its former state.

“…Among these [women], 50 percent were having serious health complications which needed immediate treatment,” disclosed.

“It is the responsibility of the government and its partners to help reduce pressure on the main referral hospital by restructuring other hospitals like Essau,” he concluded.