Of life and its untold realities 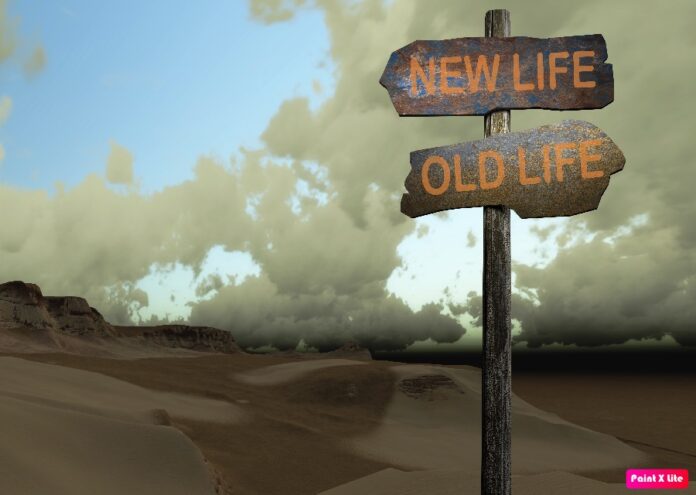 The mystery surrounding the complexity of life and livelihood would continue to dupe a vast array of people. However, many other people make it to the big picture of awareness and comprehension under the same metrics. In life, people usually have a heavy heart to admit the realities, or at least justify them where applicable. But again, never mind, this article would delve you deep into the heart and soul of some unspoken realities of life you probably never think about. So welcome to my show.

Not to sew manhood with any fine threads, and nothing be told but the truth, manhood and ego are almost in the same league. There’s this somewhat innate pride in nearly every Y chromosome bearer. Realized or not, admitted or not, these things are apparent. The important thing is how one deals with theirs to an acceptably gentle measure.

Largely, men are such that, they’re usually very sensitive and responsive to matters regarding their being men. Ipso facto, tell him something that disturbs his pride, he’d tell you “Hanifo nteh keh tor” – which would subtly translate to “In my capacity as a man.” Let a man go head to head with a woman on a special accolade, if he doesn’t accomplish his preconceived sentiments, he’d certainly see that decision rigged and unjustified. Tell him an odds-defying something that women also do, he’d tell you it’s a sheer men show. Do men think that they own the world?

Certainly, life’s sharp on both ends. It’s just that, the said justice is an ill justice. A Majid Michel-coined statement of: “The complexity of the human nature must remain a mystery, even to the finest of hearts. The greatest task for every man is to learn how to draw a line – a thin line between legality and justice,” is perhaps lofty and noteworthy here. And the shenanigans be stopped.

Cosmetics is turning out to be a deceitful tool

In probably this twilight of the world, considerably extinction is a threat to all things that are real. That factor makes it all the way to where humans and human activities inhabit. Factoring this out a bit, you’d realize that women are a common affected factor.  No more innuendos. The thing is that, large folk of women, moreso the young ones, fake their identities, especially on special occasions in their lives. Be it wedding, naming ceremony amidst many other important ceremonies. Sadly, even on feasts.

Imagine body tattoos, colorful fingernails, eyebrows and fixed eyelashes. Call it “heff” if you like, but it’s all fake. Is it that, without these self-enhancers someone isn’t beautiful or what? Is it that these things blindfold men into lust or what? “Hana langla”? What does a slay queen mean by the way?

Sadly, if you ask most of them, they’d tell you it’s a style. Some don’t even know why they do it. Those are the funny ones. And for those women who pierce their noses and put jewelries on them, what do they call that? Well, what we know is that, it’s stubborn animals whose noses are pierced for largely control purposes. And reducing oneself from being a human to an unruly animal is quite sad. Definitely. I don’t want to talk about those who pierce their navels. Conscience won’t allow me to. Nevertheless, shouldn’t we say bleaching is off-putting?

And for those who also put that chain-like thing on their ankles, let them think about it. The harlots think that’s their mode of communication to men whom they lure. Why unnecessarily implicating yourselves? Dear men, if you receive a picture elsewhere, and you get carried away, lobby for a rendezvous. Lest you’ll be tricked. Remember that IPhone is also an enemy. Savage? Intended! Truth hurts!

Coming back to tattoos, even melanin-rich people like me would also go on to do it, sabotaging their uniqueness. The most off-putting of tattoos is perhaps that of the upper body which allows a fair bonus-like display of cleavage. And men will always be men.

Life’s being a rollercoaster has always been privy to man. Even the most successful people we look up to in certain respects probably have some lost-bound stories to tell us. Such is life. Not all investments flourish. Not all expectations are met. And not all terminal illnesses kill. Sometimes, it’s also the raw opposite. Raw and sour.

Even in sports, football per se, shocking victories sometimes happen. Even if you’re not an inch deep into football, you probably know that Brazil is a top footballing nation. But even though, Gambia won a match against them at youth level. Wasn’t that quite mouth-opening and odds-defying? Hey, these things happen.

The fact that you’re the best at whatever you do doesn’t mean that you’ll keep winning. Sometimes, undesirable circumstances are inevitable. And if you happen to taste lost or defeat in whatsoever, just remind yourself that winners don’t always win.

Responsibility and maturity are directly proportional

Respect be given to all, but it’s the honorable that deserves the honor. Certainly. Revered Oustas Kah of mighty Nusrat would tell you, “Young man, as you grown up, your responsibility grows alongside.” I’ve found this to be irrefutable. Definitely, responsibility increases with maturity. Quite succinct.

Take a reflection trip to a decade ago in your life and think about your responsibilities at the time, and compare them to what you’re responsible of now. You’d realize that certainly and definitely are sexy adverbs of certainty. Call me Batuwo if you like. I’ll take you to Jambai. Then you’d know that Lang Laibo is the boo. Hmm, woo.

In marriage, tolerance is more important than love

Love might probably be that one thing we all struggle to explain explicitly, or even understand holistically. Despite all that, a large fraction of us believe that it’s the basis of marriage. Maybe. Maybe not. But one thing that’s certain is that, tolerance surpasses it in vitality measures. If it’s love that makes marriages happen, it’s tolerance that certainly keeps them going.

You wonder how? Well, if you think love is enough to keep a marriage going, love someone and fail to tolerate them. The elderly would tell you that, there comes a time in marriage where all the love fades away in one way or the other, but it’s tolerance that’d keep things in place under such phenomena. So to put things in a very fine balanced equation, tolerate your spouses in as much as you love them. And you’ll enjoy a lifetime union of conjugal bliss.

Batou Saidy is a Public Health Officer and a writer. He’s studied Public and Environmental Health at the University of The Gambia. He’s a football fanatic who integrates his profession with writing.