On the Draft Constitution; the glass is half full, half empty for media 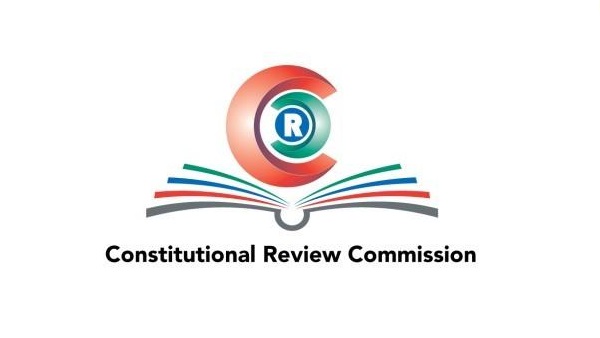 It is standard, right? The right to freedom of expression is not absolute. The exercise carries with special duties and responsibilities. But the limitations provided under international law are not open-ended. They are to be narrowly defined to avoid fishing expeditions, interpretative abuse and disproportionate application.

The UN Human Rights Committee famously decided that any restriction to the right to freedom of expression must pass a strictly applied three-part test. That is, the limitation must be clearly defined by law, necessary in a democracy and pursue a legitimate aim. All three must be satisfied.

It is clear, even from a layman analysis, that a number of the claw-back clauses are vague. And vague provisions, according to courts and international human rights mechanisms, have a chilling effect on freedom of expression. The overly broad and ambiguous terms used variously such as ‘sovereignty and integrity’ of the state, ‘uttering abusive and threatening words’, vilification of others, incitement to break law and order, and writing that causes feelings of ill-will, disaffection or hostility, are (1) not defined anywhere in the constitution (2) outside of the parameters within which limitations should be framed (3) validates the widely criticised insults laws that the government promised to repeal (4) subject to abuse by a government that is half tolerant and panicky 5) stifles democratic participation of an expressive citizenry; and (6) are perfect definition of sedition.
The framers perhaps wish to bank on the argument that the courts – referred to as the last bastion of hope in the zero draft’ – will be available for interpretation. This is visible throughout the constitution, more so, section 31 and section 311, which the courts are commendably and consistently encouraged to give favourable consideration to the exercise of fundamental human rights as desirable in a democracy.

Rightly so, but this is not without serious implications. The more popular and justified position among proponents and experts is that matters of freedom of expression should largely be battled out in the metaphoric marketplace of ideas. Where law enforcement are encouraged to interfere without any adequate safeguards, there are high risks of fishing expedition. That is besides the fact that the court processes and the arrest and detention that precede appearance are costly in terms of finance, time and emotional trauma. This exerts a chilling effect as people stay out of trouble by staying out of discussion on issues of legitimate public concern.

Moreover, where a court makes a decision, it tends to have a lasting implication on freedom of expression. It becomes unfortunate if that decision is not just. And, on matters of freedom of expression, there are more than enough examples to point out, indicating, to put it bluntly, outrageous decisions by the courts against journalists and citizens for expressing legitimate opinions on issues of public interest and concern.

Therefore, in framing issues of freedom of expression, more attention should be reserved for a government that may wish to silence dissent using the law. Moreover, we should be as weary of an expressive citizenry making a wayward expression as we should be of law enforcement suppressing expressions for outrageous reasons and of courts making outrageous decisions.

In essence, abusive or threatening language hurts. Writings that cause disaffection hurt. Safeguarding the sovereignty and integrity of the state is duty upon every patriotic citizen and smearing it is a national betrayal that warrants banishment. These terms have been a subject of intense scrutiny by courts and international human rights mechanisms. There is an inclination towards accepting the law as reasonably justified. However, when looked at from more holistic angle, democracies around the world tend to do away with the law simply because doing so serves the greater good of ‘maintaining the benefit of freedom of expression’.

Conclusion
Overall, the draft constitution is a great improvement on the 1997 Constitution. It could be the best project ever to grace our soils since independence. The language is more elegant. A lot more thinking has gone into it. Fundamental human rights are more expounded and expanded. More impressive is the formulation around issues of leadership, the values of the country and duties of the citizens. Besides, it empowers the people and gives more muscle to the institutions of democratic governance than they possibly can carry. The zero draft, if it eventually, comes into force, of course with needed changes, will revolutionise the way power is exercised and politics is conducted. And one cannot but praise the commission for delivering an excellent piece of work and on time.

So much, though, was reasonably and legitimately expected from the constitutional building process in terms of hitting the nail into of what is becoming a coffin of claw-back clauses, anti-free speech practices, a bundle of statutes that undermine standards of freedom of expression and lack of institutional framework to support an independent and vibrant media industry as well as give more bass and protection to the voices of an increasingly expressive citizenry. It is not to be. Not yet, but hopefully by the end of December.

And, lest we forget the common denominator – that in rebuilding after defeating dictatorship, ironclad and purposeful guarantees for freedom of expression, admittedly politicised and misrepresented, provides both a resilient foundation and a torch that shines our way away from darkness and onto the rank of a free, prosperous, inclusive and democratic society.

By Saikou Jammeh:
Disclaimer: The views expressed in this piece do not represent the position of the organisation he works for. It is meant to contribute to the public debate over the issues addressed. The GPU will convene a meeting and come up with a position paper which will be submitted to the CRC.