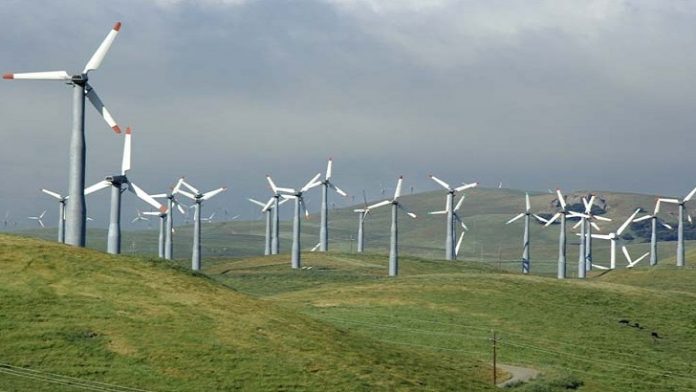 The politics of climate change and the recent global energy crisis should directed many African government to formulated and directed their energy policies towards a greener future. The dependency of our economies on fossil fuel and the shortage of petroleum products leading to the rise of petrol are causing a major impact of development crisis in many poor sub-Saharan African countries. Many of us following the climate debate known industrialised economies are not serious with mitigating factors reduce the emission of green house gases into the atmosphere. The Rio climate change framework convention ratified in Kyoto and known as Kyoto protocol is coming into the end of its life span and no near to its implementation to reduce ozone depleting chemicals. Climate change is an anthropogenic/ human induced factors cause mostly by excessive consumption and production resources in industrialised economies. It is a fact that we in the developing countries Africa, Asia and South America our minimal share of the global green house gases inventory emitted into the atmosphere. To upset the trend, the Rio climate change frame work convention and the Kyoto Protocol which was watered down in Bali conference in Indonesia, called for more emphasis on carbon trading and technology transfer from the developed North to developing south.

We in Africa should know that the neoliberal policies pushed on by western economies on our governments, to address our development crisis is not the way forward to address issues of our development crisis such as environmental degradation, lack of safe drinking water, energy crisis, poverty, health and sanitation, economic stagnation, demographic growth, unemployment etc. More need to be done in the greening of international development cooperation, trade and investment if humanity is serious with addressing hopelessness and despair in our continent. There are lot of gap in the area of technology transfer. Gambia and many African Countries are a potential source of alternative energy such as solar and wind power. Strategic development of this potential source of energy within the national planning system and pursuing it for international development cooperation, trade and investment is a measurable impact of sustainable development indicators in our country.

From the Atlantic coast of the Gambia from Kartong to Barra all along the tributaries of river Gambia both onshore and offshore, there is a potential source of investment for wind farms or wind factories. Electrification is development and with current global energy crisis and dependency of our national electricity on fossil fuel generated engines, there is a need for our country to look into long term energy visions. In the 1980s, with the development European development funded artisanal fishing project in Brufut, Tanjil, Sanyang and Gunjur, old fashioned single wind turbine were built most poorly located and without corrosive measure from the effect salt but yet they serve their purpose. The turbine was able supply electricity and other purposes to the small scale fishing industry for many years.

Wind energy technology has developed rapidly in recent years and Europe is at the hub of this high-tech industry which needs to be replicate in Gambia and many African countries. Turbines are becoming cheaper and more powerful, with larger blade lengths which can utilize more wind and therefore produce more electricity. The technology is that wind turbines produce electricity by using the natural power of wind to drive a generator. The wind is a clean power and sustainable source fuel source; it does not create emissions and does not run out as it is replenished by energy from the sun.

In United Kingdom, the development of both onshore and offshore wind farm is guided by energy green paper, national planning policy statement and spatial planning policy. All these policy statement is target oriented and geared towards increasing the potential for renewable energy generation to upset the country’s green house gases emission as a commitment to reduce climate change and energy security. Now that the Government of the Gambia have created national policy commission through the Act of parliament, issues of energy should be critically look into within land use planning policy statement to enhance security and investment as a drive towards sustainability. Wind energy is not so complex when the national grid is developed convert kinetic energy (which is simple physics is energy of motion) to electrical energy. The rational behind the technology is that wind passes over the blades exerting a turning force, rotating the blades turning the nacelle which goes into a gear box, and the gear box increases the rotation speed for the generator and which in turn uses magnetic fields to convert into electrical energy and the power output goes through a transformer which in turn distributes electricity into the distribution network or the national grid.

Recently a model of such a technology according the headline from the point newspaper is instituted in Bantokunku. This summer, I did some week’s practical placement as part of the university’s environmental practical field work module Barrow Furness Cumbria North England with renewable energy community-owned cooperatives called Bay wind with a membership of 1,300 people. There owned six wind turbines across two sites selling electricity to the national grid. Critically looking their mode of operation, democratic membership control, economic participation, autonomy and independence, community concern and other principles, I try to envisage with the Gambian situation why did APRC Government with wrong policy advice disbanded the Gambia Cooperative Society. The Gambia Cooperative Movement through provision of education, training and information could have been a driving source of rural economic generation with investment into small scale energy project be it solar wind in micro electricity projects.

Bay wind farm project is a 2.5 wind farm base on the ethic of social enterprise development on the ultimate people power. All the members of the cooperative purchase share of the operational wind farm and subsequent profits from the sale of green electricity are distributed to members through an annual interest return. The wind farm is situated near Ulverston in Cumbria one of the most beautiful landscape in the British Isles overlooking Morecambe bay. The wind farm produces clean electricity to meet the average need of 1, 300 homes in that part of rural English countryside.

Putting Gambia’s development paradigm into contextual perspective, a lot need to be done in strategic planning to address issues of decentralisation and development sustainable to reduce the human impact or ecological footprint on the natural forest resources for domestic energy. Such a dynamic requires political will, commitment, investment, availability, affordability and attitudinal change to reduce human impact on our fragile forest resource for domestic energy. Some years ago, there use to be an institution on the Department of trade and industry called Gambia Renewable Energy Research Centre. This institution used to be the centre of promotion of alternative energy vision of our country, promoting solar cookers and other alternative forms of energy.

There is no fix solution to development but in agricultural dependent economy like our country were means of livelihood is tilling the land for survival, mitigation resources should be improved to conserve and optimise the use of natural resource for sustainable development challenges. Gambia and many African countries narrowly put environmental issues when dealing with international institutions like World Bank, IMF and other multinational institutions. In turn, they take conditions which most often lead to ecological crisis and thus mortgage our natural resources into the service of debt. International trade and investment and its pursuit for good governance democracy and basic human right to a decent standard of living should also embrace environmental protection and transfer of cleaner technology. It through that we can address what the Nobel laureate Joseph Sligilitz’s highlighted in his latest masterpiece of the roaring nineties can be address towards a new democratic idealism with vision and values and that is “not only with social justice today but with sustainability, with the well-being of future generation, including the preservation of the environment, the conservation of our natural resources, the maintenance of our infrastructure, and the strengthening of our culture”.

A faithful Cuban doctor defending life in The Gambia

By MSc. Maria InesAlvarez Garay and Dr.Angela Otero Mustelier (*) "To graduate as a doctor is to open the doors of a long road that...
Read more
Feature

How a populist imam is shaking up Mali’s politics

By Paul Melly Brushing aside any concern about coronavirus, huge crowds are sustaining a campaign of mass protest across Mali, demanding the resignation of the...
Read more
Feature

Today, June 30th 2020 marks the first anniversary of the passing away of my dear friend and compatriot, Ebou Momar Taal. Before proceeding to narrate...
Read more
- Advertisment -

August 4, 2020
By Tabora Bojang Days after coming under a barrage accusation for allegedly accepting bribes to let arriving passengers escape quarantine, the Gambia Immigration Department has...