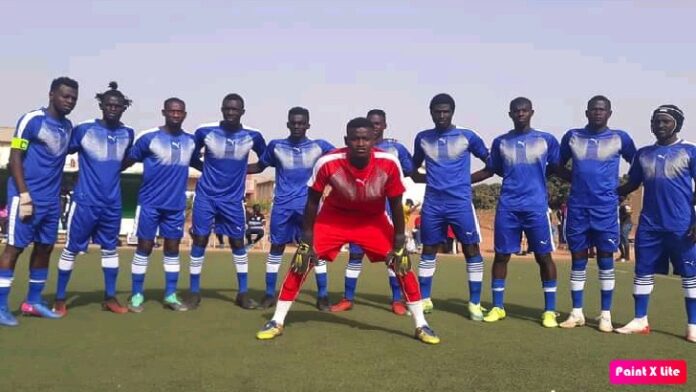 The tenth week of the GFF first division league produced thrilling encounters as Tallinding United registered their first win of the season while Real de Banjul and GPA moved closer to the top of the table putting pressure on leaders Fortune FC. Real is now just 4 points behind while GPA is 5 points adrift of the leaders Fortune FC.

Real de Banjul and their off-shoots played as equals in the first match of the week with Elite UTD hoping to continue their unbeaten form but big brother Real’s Mamadi Ngum put a brake on matters when he blasted a splendid goal that handed Real de Banjul a one-nil victory.

At Yundum on Friday, Wallidan beat Banjul United 2-1 sinking them further in the bottom of the league.

On Saturday at Basori, U20 star Wally Fofana scored a volley to save BK Millan from three consecutive defeats in their game against league leaders, Fortune FC.  Assan Njie had put the  leaders ahead but an individual brilliance from Wally Fofana cancelled Assan’s goal  to make it 1-1 and preventing Fortune from extending their lead on the table.

Gambia Ports Authority made amends to secure an emphatic two-nil win over struggling Gamtel. The win pushed the Ferry boys to third on the table and a point below second place Real de Banjul.

On Sunday in Yundum, Tallinding United registered their first win of the season with a two-nil win over Marimoo. The buffer Zone boys have been struggling in the league with draws and defeats but on Sunday they finally collected maximum points thanks to brilliant strikes from Muhammed Sawaneh and Jerreh Sanyang.  Sawaneh’s strike was his 4th goal in the league.

In Basori, Waa Banjul stunned Hawks with a narrow one-nil win with Pa Assan Joof on target for the Banjul Boys.