The Gambia must address fundamental flaws in security sector immediately 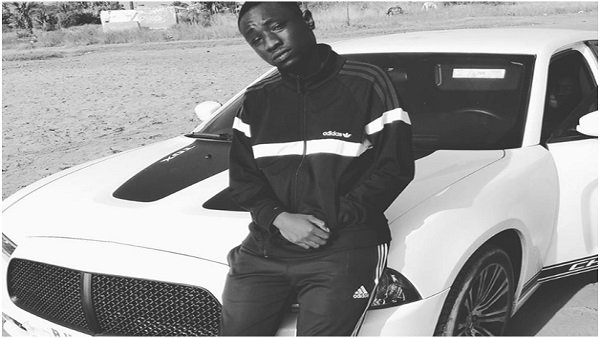 Last week the Gambia Police Force published a press release stating that “25 year old Kebba Secka was stabbed with a knife” on July 7th 2019 around Palma Rima Junction between the hours of 22:00hrs and 23:00hrs.

The press release further stated that “the suspect has been identified as First Class Constable Lamin Trawally an officer of the Gambia Police Force.

Lamin Trawally admits he and his colleague attempted to search the deceased which led to a scuffle.

He confessed that during the scuffle with the group of boys found smoking cannabis on Tuesday 7th July 2019, he fought and stabbed the deceased with a knife and fled.”

IGP’s Unfortunate Statement
The Police press release ended with this statement “the Inspector General’s office appreciates the diligence and professionalism of our officers who carried out the investigations”.

Instead of condemning the unfortunate acts of his officers and extending condolences to the family of the deceased the IGP decided to dwell on the “diligence and professionalism” of his officers.

This was an unfortunate and insensitive statement to the family and loved ones of the late Kebba Secka fondly known as Daddy Boston (not the singer).

It would have been proper for the IGP to condemn the killing, discipline and make an example of such an element in his command.

The IGP failed to take this opportunity to warn all security officers that they will face the full force of the law if found wanting in any unlawful arrest, torture and ill treatment.

After the meeting Amnesty International published a press release stating that “the Anti-Crime Unit … has been accused of arbitrarily arresting and detaining individuals.”

This incident underscores the culture of arbitrary arrest and detention which Amnesty International warned the Gambia Government to take action and proposed recommendations to address.

To address these concerns the Gambia Government received a more detailed set of “PROPOSED HUMAN RIGHTS PRIORITIES” on 2nd May 2019.

The document proposed for the “end of arbitrary arrest, detention, torture and other ill treatment” among other human rights priorities.

Below are some of Amnesty International’s recommendations;
“a) Publicly instruct the Anti-Crime Unit of the Gambia Police Force, army and the State Intelligence Services (SIS) to end unlawful arrests and detention, and in particular not to detain people beyond the 72-hour period as provided in Gambia’s Constitution of 1997;
b) Ensure that torture and other ill-treatment is established as an offence in national law and adopt a definition of torture that includes all the elements contained in article 1 of the Convention against Torture and Other Cruel, Inhuman or Degrading Treatment or Punishment, ratified by Gambia. Ensure that such offences are properly and effectively investigated and made punishable by appropriate penalties which take into account their grave nature;
………
e) Train law enforcement officials, military personnel and prison authorities in international human rights law to ensure that national procedures are compliant and that preventive measures to eliminate torture and other ill-treatment are integrated into their respective working methods;
f) Establish an independent police complaints commission to strengthen police accountability.”
Team Gom Sa Bopa is deeply concerned that the Government has not implemented the above recommendations which could have averted the death of Kebba Secka.

“#NeverAgain #StartsNow”
Urgent Security Reforms
Given the situation we hereby present our demands in addition to the recommendations from Amnesty International published on May 2nd 2019. We demand that the Inspector General of Police immediately;
1. Warns all security personnel to desist from unlawful arrests, torture and ill treatment of people,
2. Investigates and prosecutes all security personnel involved in the ill treatment of Kebba Secka and co, for failing to avert his untimely death and for failing to arrest the suspect who fled after stabbing Kebba Secka,
3. Warns all security personnel to identify themselves before effecting arrests. Arresting civilians without identification is a practice which must stop immediately, and finally to
4. Cautions all security personnel to follow the due process for all detainees such as providing detainees with legal representation and the means to inform their family and loved ones of their arrest.