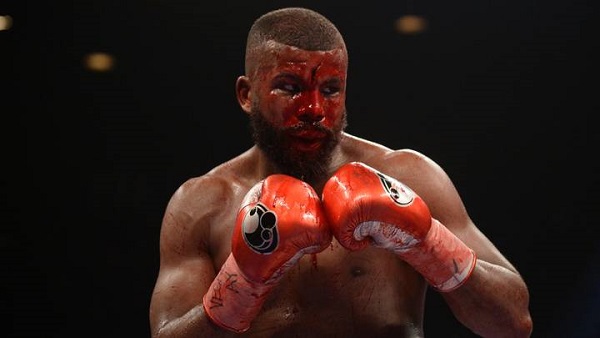 Gambian-Swede boxer Badou Jack is preparing to get himself back to champion status as he is slated to take on Jean Pascal on December 28th .. The card takes place at the State Farm Arena in Atlanta, Georgia and is promoted by Mayweather Promotions and TGB Promotions. Also on the card is Gervonta Davis who takes on YuriorkisGamboa for the vacant WBA World Lightweight title.

Badou Jack is coming off of a devastating loss to Marcus Browne where he sustained a brutal cut to the forehead. Jack isn’t letting that deter him from what is at stake here: a world title.

“Mentally I’m better than I’ve ever been. I’m hungrier and I feel like I did the first time I fought for the title. I’m always hungry, but I’m really excited for this fight.”

Jack refuses to let a loss define him. Instead, he opts to grow from mistakes to be a better athlete. “Sometimes losses make you better. My first loss was an accident, and I became better because of it. The loss to Marcus Browne, it wasn’t the fairest loss, but it’s made me even hungrier. I’m going to go out there and win the fight no matter what.”

As for his opponent, Badou Jack is completely focused. He knows how dangerous Pascal is and knows his experience can carry him through many fights, including his.
“People have written Pascal off a couple of times and he always came back. He’s a throwback fighter who definitely knows how to fight. He brings it every time. He’s got more mileage than me, but I can’t overlook a guy like him.”

Don’t expect excuses from Badou Jack. He says he is perfectly healthy and the bad cut from his last fight will be a non-factor coming into Atlanta.
“I’m ready to do whatever it takes to win the fight. I feel 100% physically. The cut was cleared in March, and we’re way past that. I’ve been ready physically and this camp has proved that to me and my whole team.”

While Pascal and Badou Jack have a past, Jack doesn’t think that will come into play in their upcoming fight. Jack says so much time has passed and he’s fought better since then.
“Pascal and I sparred before but it was a long time ago and sparring is way different than a real fight. I’ve fought bigger punchers, but you have to respect the power of anyone in the ring. Anything can happen. You can get caught by someone who’s not a puncher.”
As mentioned earlier, Jack will not let a loss define his career. He knows he needs to simply go out and execute.

“I know that I have a lot left to give this sport. I feel like I’m young for my age. The break between fights and bouncing back from a loss have made me more motivated than ever. I’m ready to go in and give the best performance of my career.”