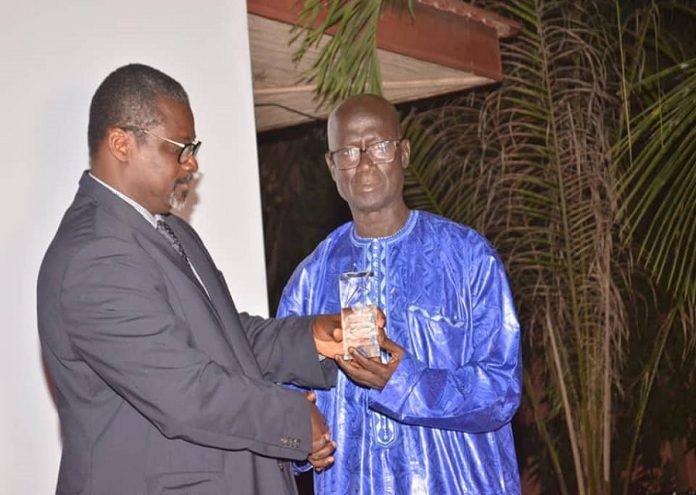 More than three dozen personalities associated with Gambian football have been inducted to the hall of fame of the Gambia Football Federation GFF.

The long list was unveiled at the GFF’s first Recognition Night where those honoured were praised for their contribution to Gambian football. They come from all sectors of the game, from administrators, to technicians and players.

The same ceremony also bestowed the president achievement awards to Biri Biri Njie, the late Omar Sey and Alh. O.B Conateh respectively. Also 18 former Presidents of the Gambia football governing body, the then GFA were awarded and recognized, most of them posthumously.

GFF President Lamin Kaba Bajo said the GFF Recognition and Awards Night is meant to recognize, honor and celebrate persons that have extraordinarily contributed to football in the Gambia, either as administrators or players. “It might be difficult to precisely quantify the size of those who have dedicated their resources, knowledge and time for the development of the game in the country, but I am very certain that the Awards Committee chaired by 2nd Vice President Mr Ebou Faye and his dedicated Committee members have delivered a mechanism which made our work much easier”, Bajo said.