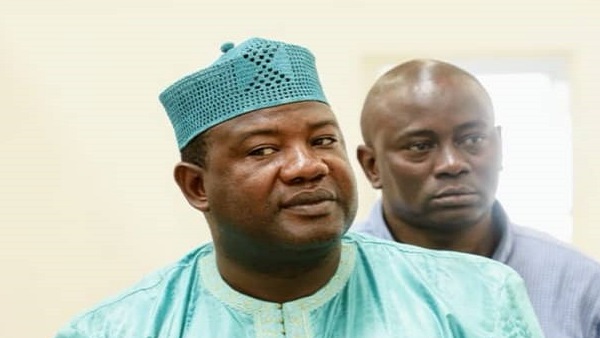 In his drive towards contributing to the development of the country, Abubacarr Jawara, the Chief Executive Officer (CEO)of GACH Group Company, has recently invested D1.6M dalasis water project in Sanyang village.

In this goodwill guesture, CEO Jawara last week donated items worth over 200,000 dalasi to the Anti-Crime Unit in Banjul. The items included 3 brand new Dell computers, 3 priners, 1big box of A4 sizes paper and installation of softwares.

Speaking on behalf of the village Alkalo of Sanyang, Brukus Gitteh, said the importance of the borehole project in Kombo South settlement cannot be overemphasized.
Gitteh thanked GACH and the entire team for taking such a bold step in helping the children at Sanyang lower and senior schools and the people of Sanyang with clean and fresh drinking water. He said the issue of water has been one of their biggest challenges in the school.

Morro Jimbara, Principal of Sanyang Senior Secondary School, said these children are going to be the leaders of this country tomorrow, so it is very important to take good care of them and support them in one way or the other.
“Children need to be taken care of, for a better and brighter future,” Jimbara said
He said taking care of children is ensuring a brighter future for them, one that is better than their parents’.

He said teachers and government cannot do it alone, while calling on other people to invest in children.
He said the borehole couldn’t have come at a better time and that the kids cannot be healthy without potable water at their school.

Fatoumatta Jawara, Founder of MAA Foundation, said GACH Group has a lot of plans in the pipeline as they continue to put smiles on the faces of underprivileged communities.
She urged people to be frequently washing their hands with water and soap, avoid hand shakes as well as avoid public gatherings to prevent themselves from the coronavirus.

Lamin Bojang, Sanyang Village Development Committee chairman, noted: “Mr Jawara has demonstrated that he is a proud and patriotic citizen by supporting Gambian communities with his gestures.”

In his vote of thanks, Salifu Saidy, student of the school, thanked Mr Jawara for helping them with clean water.
Salifu said water is life and described Jawara’s intervention as timely and important to them because they used to suffer in getting clean water to drink.
Samba Jawo, Security Manager of GACH Group, said they are currently renovating one of the oldest mosques in Sanyang which was founded in 1972.

“We have already bought tiles, ceilings and lights for the mosque”.
Yesterday team GACH also engaged in a sensitisation campaign on the COVID-19 by giving out hand sanitisers, liquid soaps, kettles, posters, liquid bleachs, and tissue papers to school children, religious leaders, car parks and other public places. 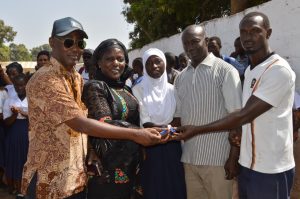 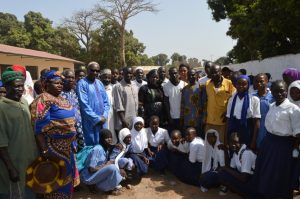 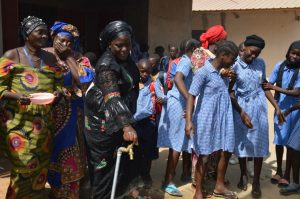 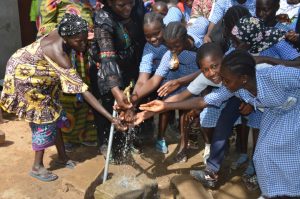 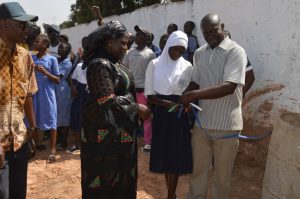 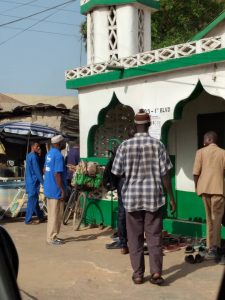 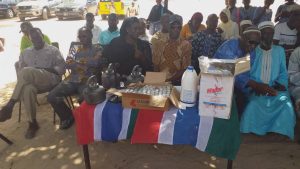 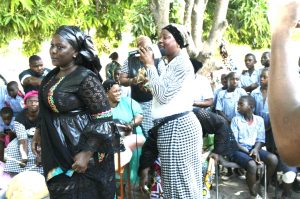 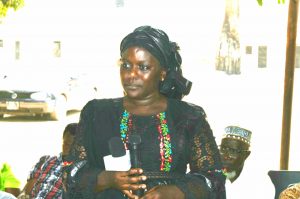