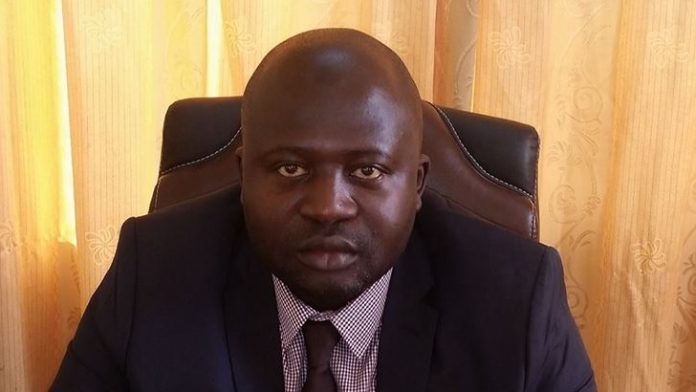 The Director of Marketing and Communications at the Gambia Football Federation (GFF), Mr. Baboucarr Camara, has won a scholarship to study a Master’s Degree in Global Sports Management at the prestigious Seoul National University (SNU), South Korea.

The programme, dubbed Dream Together Master (DTM), is sponsored by the Korean government and aims to develop next generation sport administrators in the world, particularly in developing countries like Korea.

It is also intended to consolidate international sport cooperation via global networking.

The programme provides an in-depth insight in the area of sport management for future leaders in both non-profit and profit organisations in the sport field.

Mr. Camara, 35, a native of Jaali in the Kiang West District of the Lower River Region holds a Bachelor’s Degree in Journalism and Digital Media from the University of the Gambia (UTG).

One of the founder students of the UTG’s School of Journalism, he also holds a Diploma Certificate in Mass Communication from the Stratford College of Management.

He attended Jaali Primary School where he sat to the Common Entrance Examinations and later proceeded to Brikama Junior Secondary School, popularly known as Alpha Khan.

He would later study Commerce at Nusrat Senior Secondary School.

Known by his sobriquet Njies, he has more than a decade experience in the media having started his journalism career at West Coast Radio and Gambia Sports Online in 2006, where he rose through the ranks to become an Editor.

In 2010, he joined the Daily Observer as a freelance reporter and was later subsequently promoted to the positions of Sports Editor and Senior News Editor respectively.

He resigned from the Observer in December 2016 during the political impasse following disagreement with the management over editorial issues.

At the time of his resignation, Camara was the Deputy Editor-in-Chief of the Observer. He had also worked for the defunct Today Newspaper.

He first joined the GFF as its Human Resources Manager before his subsequent promotion as Communications Director in October 2018 upon completion of his University degree. He has been credited for injecting a new life into how the GFF communicates with the public and its stakeholders.

When contacted, Mr. Camara confirmed the news. He told the Standard Newspaper: “I want to thank the Executive and Staff of the GFF for the support since I joined the organisation in January 2017.

I wish I’ve the right adjectives to describe the leadership of my employers but Allah will reward them for me.”

Mr. Camara added the course will prepare him to initiating new policies, programmes and approaches to football issues that could contribute to sustainable achievements for our national game.

“It is my fervent belief that this course would arm me with the requisite knowhow in contributing my quota in repositioning Gambian sports to its proper context,” he affirmed.

“At the end of my course, I want to come up with recommendations that would serve as a springboard for attaining excellence in sports, thus contributing to bridging the widening gap of youth unemployment in The Gambia, and make recommendations on how more innovative programmes can be used to reduce crime rate within our local communities as well as to serve as a great platform to help develop our games.”

Mr. Camara will depart Banjul on Wednesday night to join his colleagues from across the globe ahead of the commencement of the programme in September.

By Batou Saidy In the pantheon of footballing superstars, a name like Ronaldo is quite familiar. Both Ronaldos are players in the very heights of...
Read more
- Advertisment -