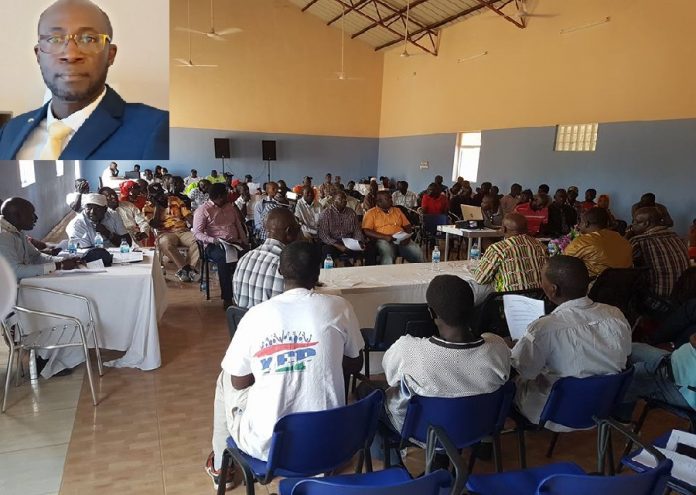 The Gambia Football Federation, GFF, has announced the much -awaited extra-ordinary general assembly this Saturday has been postponed until further notice.
The meeting was scheduled to gather delegates from the members of the Football Federation to decide the disbursement of the D90 million dalasi provided by Fifa and Caf to every member association.

However last night, the GFF sent out a letter to say the event has been cancelled.
Bakary Jammeh, the GFF first vice president said the AGM had to be called off because the Fifa- Covid-19 Relief Plan Regulation on the disbursement of the funds are yet to arrive. “The disbursement will be done in accordance with this regulation which is yet to arrive. However the GFF is still committed to allowing the general assembly decide how to disburse it, of course in accordance with the Fifa regulations. So whenever the regulations arrive we will call the extraordinary general meeting within the constitutionally stipulated time of two weeks in advance,” Jammeh said.