Too late shall the sinner awaken 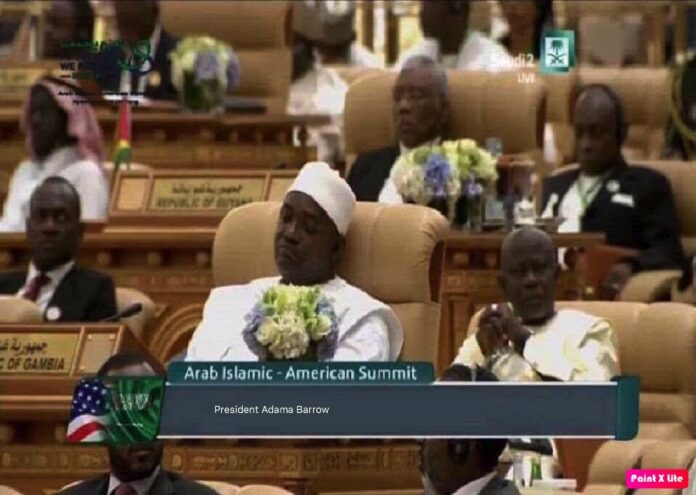 This is an old Swedish proverb and it speaks about procrastination. The proverb tells us that we lose a lot of opportunities by being too late, waiting for too long and/or being too lazy or uninspired. I think more or less all of us are guilty of procrastinating from time to time, but as long as it only affects ourselves there is not a big problem. The big problem is when people we depend upon has a habit of procrastinating because that affects many. The problem grows even larger when these people only find it easy to speed up if there is a fair sum of money given them – under the table. Procrastination and corruption walks hand in hand, and in The Gambia this almost seems to be more normal than the opposite.

In a society where not many can afford to buy a wrist watch, or a clock for their home, it can be hard to know what the time is. Even if you ask someone on the street or in a shop what the time is, you can’t be sure to get the accurate answer. Clocks can get broken, batteries are finished, the explanations multiply if you keep on asking. Why is it so important to know what the time is? Because it makes the society and your work efficient. Not all of us are depending on the exact time in our daily work, but many of us are. When the school bell rings the lessons must begin in time. At the end of the lessons, we must know what time it is to finish in time for next lesson. An important meeting must begin in time. Some people might have been forced to travel a long distance to attend that meeting. They made sure to be there in time, so it is disrespectful to begin the meeting late.

We can apply the importance of being in time on so many occasions. Another aspect of this is to make sure that your work is done in good time. We make agreements with people, we promise to be ready at a certain time but how many times haven’t we been forced to go back to check if there is any result? I have noticed that it is very easy to promise a lot , but this never meets by any intention to keep that promise. I almost get the sense that I am considered stupid to believe that things would be ready in time.

There is a huge lack of respect for promises and all the time people must waste to go back and forth. Why is it so hard to give simple answers as YES or NO? If someone asks you if your assignment will be ready at a certain time – take a while to consider your reply and then say YES or NO. These answers must be combined with an explanation, of course. There is nothing polite with always telling yes or give people a fake time, it is only annoying and it makes people lose their trust in you. This pattern is applied on every level of the society, but I think it is worse when we think of people in charge. No matter on what level; it is still as important to keep promises and hold agreements. That shows that there is a mutual respect between the two parties.

Someone who considers themselves as high and mighty are many times hiding themselves behind a mask of prestige. This is silly and it only shows that the person lacks self esteem and is trying to hide it at any cost.

You might think that a pompous person has a high level of self esteem, but that is not the case. If you feel confident with yourself, you don’t feel the urge to play a role. A confident person is not afraid to admit that s/he is wrong or that s/he doesn’t have all the answers. Mistakes makes us human and what we don’t know we can find out. Have you ever studied the way the American president Donald Trump is acting? He has such high thoughts of himself and there is no subject where he doesn’t believe he is an expert. Donald Trump is omnipotent, which means : he is having the power to do anything. This is not a fact, it is only in his mind and it is not healthy to have these beliefs. Unfortunately too many male world leaders have these thoughts of themselves; that they know everything and doesn’t have to ask for advice.

Being omnipotent is a dangerous personality trait, it can cause a lot of trouble and even war. Humility comes nowhere near a person of that kind, so he is not a nice person to socialize with. President Donald Trump is an extreme case on one end of the scale, president Adama Barrow is on the opposite side of it. While Trump believes he has all the answers, Barrow has none. He has been sliding through the Gambian political life for four years now, and somehow managed to stand on his feet even though he has no clue where to go or what step to take. Suddenly he woke up from his slumber and realized that there is only a little more than one year to the presidential election. ”Too late shall the sinner awaken”! Barrow has been napping for too long, and now he has finally got to work. He is so impressed by himself that he needs to speak to the press and pat himself on the back.

President Barrow is a pathetic figure and even if I feel sorry for him, I still think that he has had too much time to do something for The Gambia. With something I mean something to develop the country. So much money and so much time has been wasted and where are the results? It is obvious that Barrow is hoping that people have such short memories that they only remember what they have in front of their noses. Where is the respect for his countrymen? He has been wasting your time and your money – for what? Can someone give me a list of his accomplishments, because I have none. I really try to be fair, but it is impossible to get impressed by anything Barrow has done so far. And he expects to be re-elected?!

A quote from an article in this newspaper in October 2:

”Barrow said even though there would be a lot of contestants in the 2021 presidential election, he is the only contestant going to be held to account over his achievements.

“That is why I am focused on the work at hand and allow the noise makers to continue making noise and I will continue with my work. We will only brag after 2021.”

Isn’t that sweet? He is trying to silence us ”noise makers”. Sorry, Mr President – it is too late!