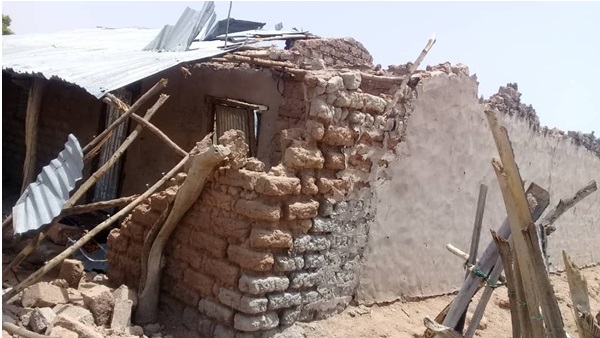 The Gambia Red Cross Society (GRCS) as the leading humanitarian institution in The Gambia has been in the forefront in providing humanitarian services in accordance with the fundamental principles of the Red Cross affected families in the northern parts of Upper River and Central River Regions.

The two regions were hit by a windstorm some two days ago.

There are reports of at least two deaths, households destroyed and others injured. Some of the injured were still seeking medical attention.

The exact number of how many people were injured or affected was not known.

The Gambia Red Cross Society has mobilised and deployed 20 volunteers and two regional staff on the ground to support and provide affected families with psychosocial support.

Two members staff from the headquarters will also be deployed to reinforce regional teams currently on the ground while the management will liaise with partners (NDMA, Governor’s Office etcetera) to provide support to the affected families.

It is vital to note that the needs on the ground vary, thus the support of all is solicited to help address the needs of these vulnerable families.

Typical and most urgent need precipitated by the windstorm surge is shelter and GRCS is hoping to making that possible with the support of all and sundry.