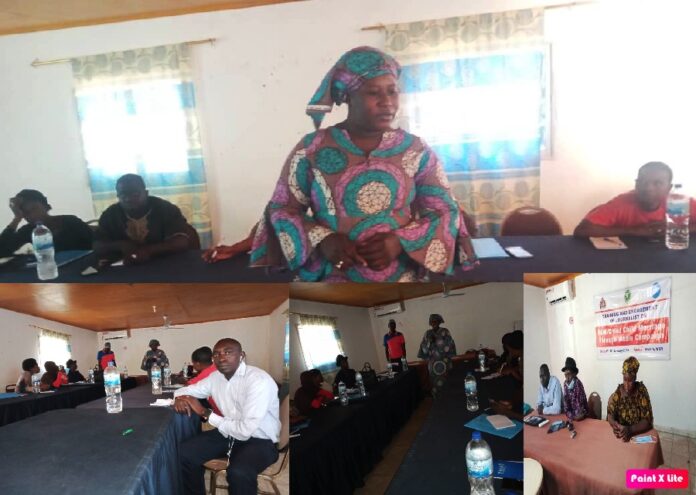 Twenty journalists from the print and electronic media last week took part in a three-day training on the theme Female Genital Mutilation/Circumcision and Child Marriage.

The three-day training, held at the Foni Dinding Lodge in Bwiam, was designed to constructively engage the media in reporting on the vices of FGM/C and child marriage through media campaigns.

The training was organised by the Women’s Bureau in conjunction with the Ministry of Women, children and Social Welfare with funding from UNICEF.

The journalists who were trained are the members of the Network of Gender Journalists for Women and Cultural Advancement.

Mrs Touray went on to point out that child marriage, child pregnancy, FGM C, among others, are subjects of media reportages but some of those people reporting on the issues lack grasp of them.

” So, we feel it is important to build the capacity of the network. We need to continue building the capacity,” Mrs Touray added.

She advised journalists to dedicate greater attention to reporting on gender issues, emphasising the need for ethical considerations in their reportings.

Pateh Baldeh, President of Network of Gender Journalists for Women and Cultural Advancement, expressed gratitude to the Women’s Bureau for rolling out such training programs to journalists for the second time.

According to him, the training was crucial in that reporting on gender and related issues is sensitive, consequently the need to bolster the grasp of journalists on them.

He thanked the Women’s Bureau for its numerous support to the NOGWCA, emphasising that reporting on women and children requires requisite skills, hence the association’s desire to continuously reinforce the capacity of its members.

Baldeh underscored that reporting on women’s issues is different from every day ordinary reporting.

” We know that there are cultural and religious barriers when it comes to gender related matters. It is always important that we put this at the back of our minds,” he stated.

He expressed hope that the knowledge imparted during the training will significantly aid his members, calling on them to show commitment in the execution of their roles.

” It is not easy to be a journalist in this country but you need commitment and sacrifice,” he added.

Meanwhile, participants were taken through, among other things, facts about GBV, its definition, causes, main settings, categories, forms,consequences and  strategies for addressing it.